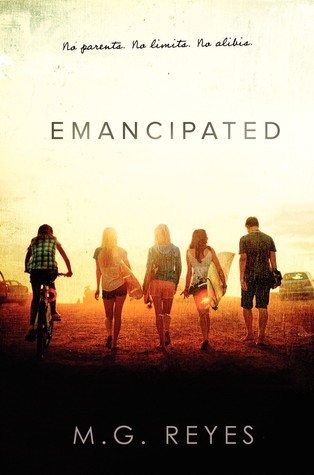 The good girl, the bad boy, the diva, the hustler, the rock star, and the nerd. Six teens legally liberated from parental control for six different reasons, all with one thing in common: something to hide.

Now they’re sharing a house in Venice Beach, acting like a family, and living their lies. No parents. No limits. No alibis. One witnessed a crime, another might be a murderer—and one’s been spying on them all.

As they cling to a fantasy of freedom and slowly let down their guards, the past creeps up on them. And when one of them gets arrested, everyone’s carefully constructed facade comes crumbling down.

In this steamy, drama-filled series, relationships are tested and secrets revealed as lies threaten to destroy their perfect setup. — Cover image and summary via Goodreads