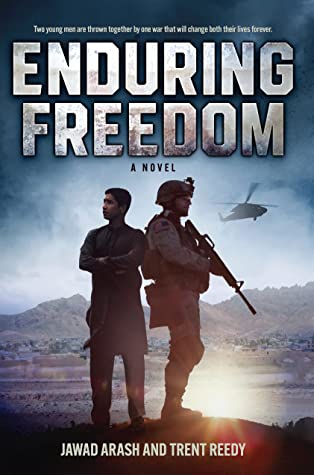 When Joe’s unit arrives in Baheer’s town, Baheer is wary of the Americans, but sees an opportunity: Not only can he practice his English with the soldiers, his family can make money delivering their supplies. At first, Joe doesn’t trust Baheer, or any of the locals, but Baheer keeps showing up. As Joe and Baheer get to know each other, to see each other as individuals, they realize they have a lot more in common than they ever could have realized. But can they get past the deep differences in their lives and beliefs to become true friends and allies? — Cover image and summary via Goodreads