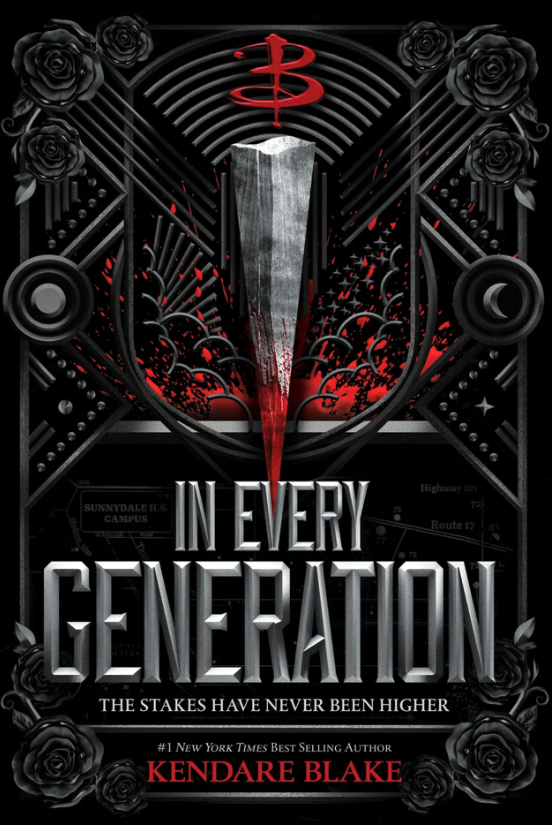 In Every Generation by Kendare Blake
Disney-Hyperion

A new Slayer for a new generation…

Frankie Rosenberg is passionate about the environment, a sophomore at New Sunnydale High School, and the daughter of the most powerful witch in Sunnydale history. Her mom, Willow, is slowly teaching her magic on the condition that she use it to better the world. But Frankie’s happily quiet life is upended when new girl Hailey shows up with news that the annual Slayer convention has been the target of an attack, and all the Slayers—including Buffy, Faith, and Hailey’s older sister Vi—might be dead. That means it’s time for this generation’s Slayer to be born.

But being the first ever Slayer-Witch means learning how to wield a stake while trying to control her budding powers. With the help of Hailey, a werewolf named Jake, and a hot but nerdy sage demon, Frankie must become the Slayer, prevent the Hellmouth from opening again, and find out what happened to her Aunt Buffy, before she’s next.

Get ready for a whole new story within the world of Buffy! — Cover image and summary via Goodreads