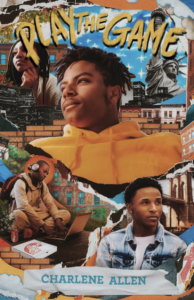 In the game of life, sometimes other people hold all the controls. Or so it seems to VZ. Four months have passed since his best friend Ed was killed by a white man in a Brooklyn parking lot.

When Singer, the man who killed Ed, is found dead in the same spot where Ed was murdered, all signs point to Jack, VZ’s other best friend, as the prime suspect.

VZ’s determined to complete the video game Ed never finished and figure out who actually killed Singer. With help from Diamond, the girl he’s crushing on at work, VZ falls into Ed’s quirky gameiverse. As the police close in on Jack, the game starts to uncover details that could lead to the truth about the murder.

Can VZ honor Ed and help Jack before it’s too late? — Cover image and summary via Goodreads