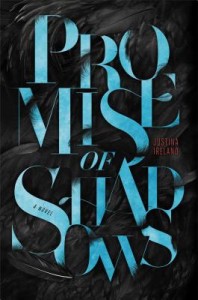 Summary: A teen who is half-god, half-human must own her power whether she likes it or not in this snappy, snarky novel with a serving of smoldering romance.

But how is she supposed to save everyone else when she can barely take care of herself? — Cover image and summary via IndieBound