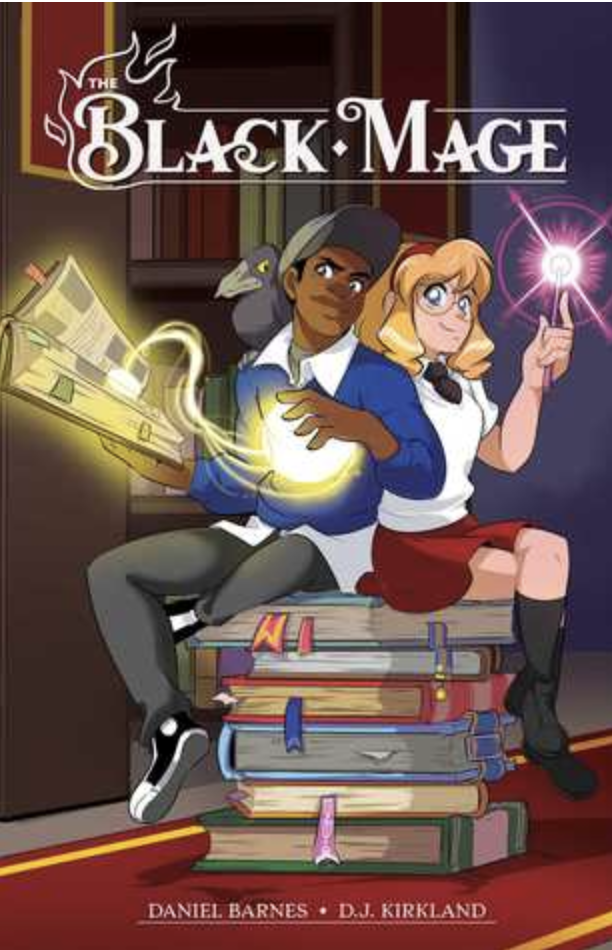 The School for Good and Evil meets Dread Nation in this subversive original graphic novel where race, history and magic collide.

When St. Ivory Academy, a historically white wizarding school, opens its doors to its first-ever black student, everyone believes that the wizarding community is finally taking its first crucial steps toward inclusivity. Or is it? When Tom Token, the beneficiary of the school’s “Magical Minority Initiative,” begins uncovering weird clues and receiving creepy texts on his phone, he and his friend, Lindsay, stumble into a conspiracy that dates all the way back to the American Civil War, and could cost Tom his very soul. — Cover image and summary via Goodreads