The Edge of the Abyss (The Abyss Surrounds Us #2) 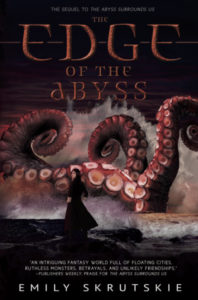