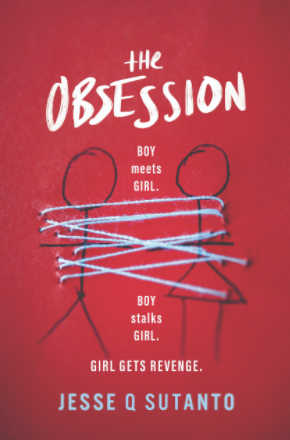 Nobody knows Delilah like Logan does. Nobody. He makes sure of it by learning everything he can through her social media and watching her through a hidden camera he has trained on her house. Some might call him a stalker. Logan prefers to be called “romantic.”

But after Logan sees Delilah killing her abusive stepfather, he realizes there’s still more about her to discover. His sweet, perfect Delilah isn’t so perfect after all.

Delilah knows she should feel guilty, but all she feels is free. She’s so over the men in her life controlling her. Except Logan saw what she did, and he won’t let her forget it.

Delilah is done being the victim. And she refuses to be a character in Logan’s twisted fantasy. If Logan won’t let her go… she’ll make him. — Cover image and summary via Goodreads