The Radical Element (A Tyranny of Petticoats #2) 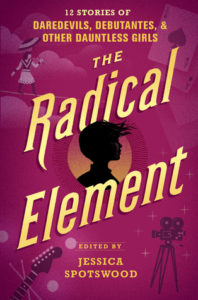