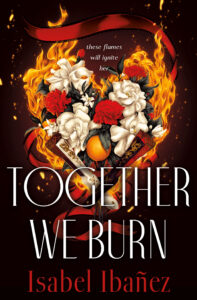 Together We Burn by Isabel Ibañez
Eighteen-year-old Zarela Zalvidar is a talented flamenco dancer and daughter of the most famous Dragonador in Hispalia. People come for miles to see her father fight in their arena, which will one day be hers.