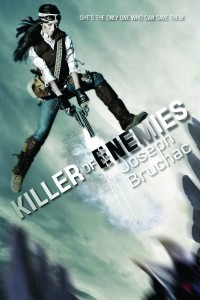 Take a first look at the cover of Killer of Enemies by Joseph Bruchac, one of Tu Book’s upcoming fall titles!

Doesn’t this sound like a blast? I’m excited to get my hands on this book!