*There will be several online events to help celebrate release week and you can find out more about those here.

Congratulations and happy release day. Thanks so much for taking the time to share a little bit about your writing. I just re-read XOXO and it was even more fun the second time through. I had so many smiles and plenty of laughter. I also had to find and listen to a few songs along the way as music is such a big part of the story.

Jenny is clearly a music lover–though K-pop isn’t exactly at the top of her playlists. Has music and/or K-pop always been important in your life?

Axie: It has! My mother, who immigrated to the US when she was in high school, listened to Korean music—though I’m not sure if that would be considered K-pop at the time, and so did my older brother. In elementary school, I was into 1st generation K-pop groups like Fin.K.L and Shinhwa, then in middle school I was obsessed with Super Junior, and finally in high school and college, my favorite groups were Big Bang and Exo, among so many others. BTS debuted in 2013 right after I graduated from college, and I was a fan of theirs from the beginning!

Is there a K-pop song you’re loving right now or a K-pop group you think people should listen to immediately?

Axie: Right now I’m really into TXT and ENHYPEN’s music. If you like BTS, you should give them a listen! See the below question for what songs I think you should listen to immediately!

I’ve seen playlists for Rebel Seoul and Rogue Heart. Do you make one for all of your novels?

Axie: I do! I make playlists after each book I write as something fun for myself and they also provide some nice extra content for readers. I recently shared my playlist for XOXO, which I spent months on—it’s a K-pop book so I really wanted to showcase a variety of artists, and curate it well with songs that fit the book’s mood and tone. I even attempted to match each song to a chapter, so there are 40 songs on the playlist! You can check out the Spotify playlist here.

Do you feel like you are finished with the characters in XOXO or is there a possible follow-up?

Axie: I wrote XOXO as a standalone, but if my publisher came knocking, I wouldn’t say no!

What did you like about going from writing sci-fi books to writing a contemporary romance?

Axie: I liked exploring a completely new genre with so many fun, familiar tropes. And XOXO in particular is a very light-hearted and happy book, much different than my moody, atmospheric sci-fi series. Though there *is* worldbuilding involved in writing a contemporary, it’s not as intense as a sci-fi novel, so that was also nice for me!

And I see your next publication The Girl Who Fell Beneath the Sea is a fantasy re-telling. Are there things about writing a fantasy that you’ve appreciated?

Axie: Fantasy as a genre is actually my first love, and retellings my favorite subgenre of fantasy. I love how in fantasy you can explore new worlds, and there are no limits to one’s imagination.

No matter the genre, what do you love about writing and what can be a challenge?

Axie: As a generally private person, I love how through writing I can share parts of myself with others. I feel like I express myself best through fiction. I also definitely don’t feel like I create in a vacuum, but in conversation with others. What I mean by this is that I’m inspired by other forms of media when creating my own stories. For example, XOXO is inspired by my love of K-dramas, the Rebel Seoul series is a love letter to mecha anime, and The Girl Who Fell Beneath the Sea is my addition to the YA retelling subgenre of books, like those written by Robin McKinley and Diana Wynne Jones.

As for challenges, there are so many—difficult revisions, bad writing days, comparing myself to other writers—but at the end of the day, the need to express myself through writing is most important to me than all the rest combined.

What are your most anticipated reads that haven’t been published yet?

Axie: I blurbed a few books that I’m very excited about! Nafiza Azad’s sophomore novel THE WILD ONES releases next month and it’s absolutely stunning. If you liked XOXO, and were curious what it’s like to be a non-Korean idol in the K-pop world—in this case, Chinese American—then check out Alexandra Leigh Young’s IDOL GOSSIP, out in September. And lastly, Julie Abe’s YA contemporary debut, THE CHARMED LIST, is as charming as it sounds, about two childhood best friends to enemies to lovers who go on a road trip together—they also happen to wield magic! This one isn’t out until Summer 2022.

We’re looking forward to seeing XOXO out in the world soon and having a group discussion here on the blog about it too! Thanks again.

Axie: Thank you for having me!! This interview was so much fun ☺ 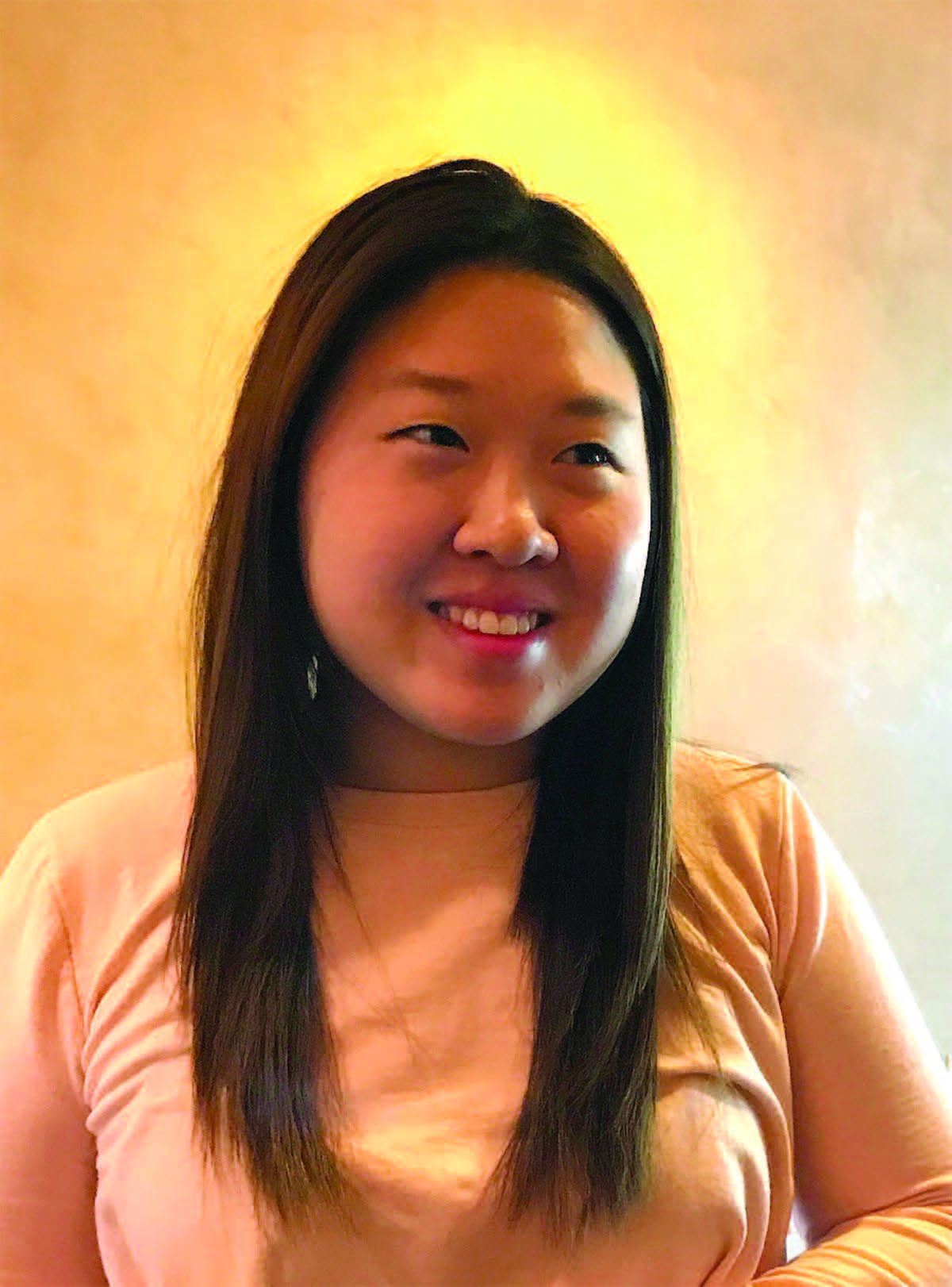 Axie Oh is a first generation Korean American, born in NYC and raised in New Jersey. She studied Korean history and creative writing as an undergrad at the University of California – San Diego and holds an MFA from Lesley University in Writing for Young People. Her passions include K-pop, anime, stationery supplies, and milk tea. She currently resides in Las Vegas, Nevada with her puppy, Toro.