Four new books this week and one that looks perfect for the spooky season. Which book will you add to your pile? I’m currently reading Rust in the Root so look out for my review in a few weeks. 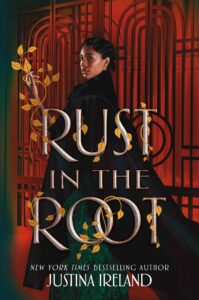 As they’re sent off on their first mission together into the heart of the country’s oldest and most mysterious Blight, they discover the work of mages not encountered since the darkest period in America’s past, when Black mages were killed for their power—work that could threaten Laura’s and the Skylark’s lives, and everything they’ve worked for. 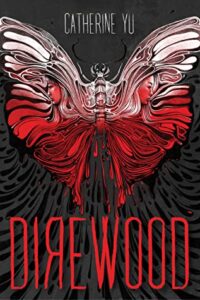 No one ever pays attention to sixteen-year-old Aja until her perfect older sister Fiona goes missing. In the days leading up to Fiona’s disappearance, Aja notices some extraordinary things: a strange fog rolling through their idyllic suburban town, a brief moment when the sky seems to rain blood, and a host of parasitic caterpillars burrowing their way through the trees. Aja’s father, the neighbors, and even her ex-friend Mary all play down this strange string of occurrences, claiming there must be some natural explanation. It seems everyone is willing to keep living in denial until other teens start to go missing too.

Aja is horrified when she meets Padraic, the vampire responsible for all the strange occurrences. His hypnotic voice lures her to the window and tells her everything she’s longed to hear—she’s beautiful and special, and he wants nothing more than for Aja to come with him. Aja knows she shouldn’t trust him, but she’s barely able to resist his enthrallment. And following him into the woods may be the only way to find Fiona, so she agrees on one condition: He must let her leave alive if she is not wooed after one week. Though Aja plans to kill him before the week is out, Padraic has his own secrets as well.

In the misty woods, Aja finds that Padraic has made his nest with another vampire in a dilapidated church infested by blood-sucking butterflies. Within its walls, the vampires are waited on and entertained by other children they’ve enthralled, but there is no sign of Fiona. Before her bargain is up, Aja must find a way to turn her classmates against their captors, find her sister, and save them all—or be forced to join the very monsters she wants to destroy. 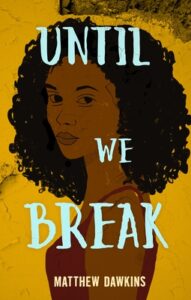 Together they both learn that there’s no one right way to be in the world. For Naomi, this means that maybe dance isn’t the only choice for her. Maybe her voice can be louder off stage, and she can shine in a different kind of spotlight. Maybe she and Saint will shine together and everything will be different in the best possible way. 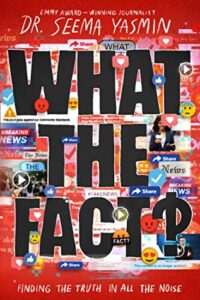 What the Fact?: Debunking Disinformation to Detangle the Truth by Seema Yasmin
Simon Schuster Books for Young Readers

What is a fact? What are reliable sources? What is news? What is fake news? How can anyone make sense of it anymore? Well, we have to. As conspiracy theories and online hoaxes increasingly become a part of our national discourse and “truth” itself is being questioned, it has never been more vital to build the discernment necessary to tell fact from fiction, and media literacy has never been more vital.

In this accessibly-written guide, Dr. Seema Yasmin, an award-winning journalist, scientist, medical professional, and professor, traces the spread of misinformation and disinformation through our fast-moving media landscape and teaches young readers the skills that will help them identify and counter poorly-sourced clickbait and misleading headlines.