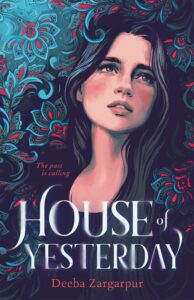 Taking inspiration from the author’s own Afghan-Uzbek heritage, this contemporary YA debut is a breathtaking journey into the grief that lingers through generations of immigrant families, and what it means to confront the ghosts of your past.

Struggling to deal with the pain of her parents’ impending divorce, fifteen-year-old Sara is facing a world of unknowns and uncertainties. Unfortunately, the one person she could always lean on when things got hard, her beloved Bibi Jan, has become a mere echo of the grandmother she once was. And so Sara retreats into the family business, hoping a summer working on her mom’s latest home renovation project will provide a distraction from her fracturing world.

But the house holds more than plaster and stone. It holds secrets that have her clinging desperately to the memories of her old life. Secrets that only her Bibi Jan could have untangled. Secrets Sara is powerless to ignore as the dark truths of her family’s history rise in ghostly apparitions—and with it, the realization that as much as she wants to hold onto her old life, nothing will ever be the same.

Told in lush, sweeping prose, this story of secrets, summer, and family sacrifice will chill you to the bone as the house that wraps Sara in warmth of her past becomes the one thing she cannot escape… 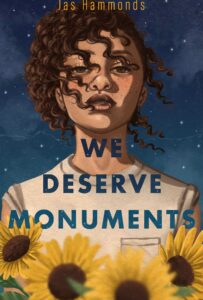 What’s more important? Knowing the truth or keeping the peace?

Seventeen-year-old Avery Anderson is convinced her senior year is ruined when she’s uprooted from her life in DC and forced into the hostile home of her terminally ill grandmother, Mama Letty. The tension between Avery’s mom and Mama Letty makes for a frosty arrival and unearths past drama they refuse to talk about. Every time Avery tries to look deeper, she’s turned away, leaving her desperate to learn the secrets that split her family in two.

As the three girls grow closer—Avery and Simone’s friendship blossoming into romance—the sharp-edged opinions of their small southern town begin to hint at something insidious underneath. The racist history of Bardell, Georgia is rooted in Avery’s family in ways she can’t even imagine. With Mama Letty’s health dwindling every day, Avery must decide if digging for the truth is worth toppling the delicate relationships she’s built in Bardell—or if some things are better left buried. 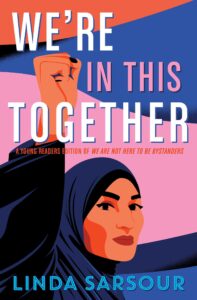 We’re in This Together: A Young Readers Edition of We Are Not Here to Be Bystanders by Linda Sarsour
Salaam Reads / Simon Schuster Books for Young Readers

You can count on me, your Palestinian Muslim sister, to keep her voice loud, keep her feet on the streets, and keep my head held high because I am not afraid.

On January 17, 2017, Linda Sarsour stood in the National Mall to deliver a speech that would go down in history. A crowd of over 470,000 people gathered in Washington, DC, to advocate for legislation, policy, and the protection of women’s rights—with Linda, a Muslim American activist from Brooklyn, leading the charge, unapologetic and unafraid.

In this young readers edition of We Are Not Here to be Bystanders, Linda shares the memories that shaped her into the activist she is today, and how these pivotal moments in her life led her to being an organizer in one of the largest single-day protests in US history. From the Brooklyn bodega her father owned to the streets of Washington, DC, Linda’s story as a daughter of Palestinian immigrants is a moving portrayal of what it means to find your voice in your youth and use it for the good of others as an adult.