Fans of Alyson Noel have a reason to be excited this week. The third novel of her Soul Seeker’s series hits bookshelves on Tuesday. I haven’t read the series, but the summary below intrigues me. Maybe it’s time to start? 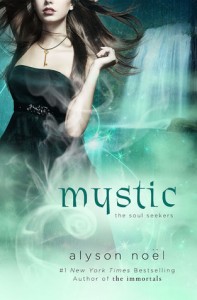 Since arriving in Enchantment, New Mexico, everything in Daire Santos life has changed. And not all for the better. While she’s come to accept and embrace her new powers as a Soul Seeker, Daire struggles with the responsibility she holds navigating between the worlds of the living and the dead. And with the fate of her boyfriend Dace in the balance, Daire must put aside her personal feelings and focus on defeating Cade, whose evil plans threaten everyone she loves and the world as she knows it. (summary & image via Goodreads) 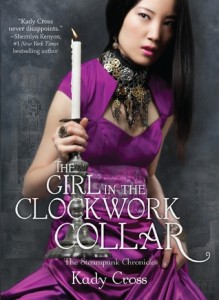 In New York City, 1897, life has never been more thrilling – or dangerous.
Sixteen-year-old Finley Jayne and her “straynge band of mysfits” have journeyed from London to America to rescue their friend Jasper, hauled off by bounty hunters. But Jasper is in the clutches of a devious former friend demanding a trade-the dangerous device Jasper stole from him…for the life of the girl Jasper loves.One false move from Jasper and the strange clockwork collar around Mei’s neck tightens. And tightens. (summary & image via Goodreads)