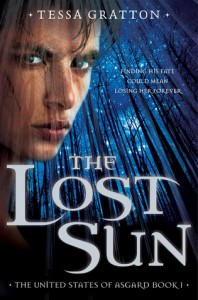 Seventeen-year-old Soren Bearskin is trying to escape the past. His father, a famed warrior, lost himself to the battle-frenzy and killed thirteen innocent people. Soren cannot deny that berserking is in his blood–the fevers, insomnia, and occasional feelings of uncontrollable rage haunt him. So he tries to remain calm and detached from everyone at Sanctus Sigurd’s Academy. But that’s hard to do when a popular, beautiful girl like Astrid Glyn tells Soren she dreams of him. That’s not all Astrid dreams of–the daughter of a renowned prophetess, Astrid is coming into her own inherited abilities.

When Baldur, son of Odin and one of the most popular gods in the country, goes missing, Astrid sees where he is and convinces Soren to join her on a road trip that will take them to find not only a lost god, but also who they are beyond the legacy of their parents and everything they’ve been told they have to be. [Image and summary via Goodreads] 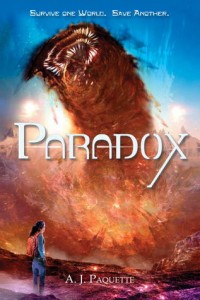 Ana only knows her name because of the tag she finds pinned to her jumpsuit. Waking in the featureless compartment of a rocket ship, she opens the hatch to discover that she has landed on a barren alien world. Instructions in her pocket tell her to observe and to survive, no doubt with help from the wicked-looking knives she carries on her belt. But to what purpose?

Meeting up with three other teens–one boy seems strangely familiar–Ana treks across the inhospitable landscape, occasionally encountering odd twists of light that carry glimpses of people back on Earth. They’re working on some sort of problem, and the situation is critical. What is the connection between Ana’s mission on this planet and the crisis back on Earth, and how is she supposed to figure out the answer when she can’t remember anything? [Image and summary via Goodreads]