July was a slow month for new releases, but makes up for the lack of diverse books by publishing 4 in the last few days. Plus, a new one from one of my favorite authors, Walter Dean Myers!! 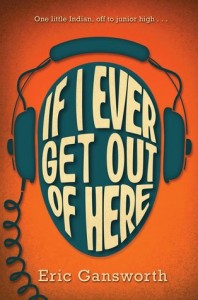 If I Ever Get Out of Here, By Eric Gansworth

Acclaimed adult author Eric Gansworth makes his YA debut with this wry and powerful novel about friendship, memory, and the joy of rock ‘n’ roll. –Cover image and summary from Goodreads 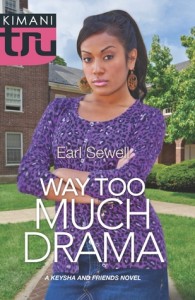 Way Too Much Drama, By Earl Sewell

The toughest lessons aren’t always taught in the classroom Maya is ready to put the fabulous back into her life—and that means getting her manipulative cousin, Viviana, out of it. Bad enough that Viviana is living under the same roof and tried to claim Maya’s boyfriend, Misalo, for herself. Now she’s going to Maya’s high school and she’s part of the quiz team competing on a TV showalongside Maya, Keysha and Misalo.

Maya has no sympathy when Viviana finally starts to feel the pressure of fitting in to her new world. That’s until her cousin does something drasticand dangerous. Maybe Viviana isn’t as tough as everyone thought. Maya could be the only person who can help bring her back safely. Question isdoes she want to? 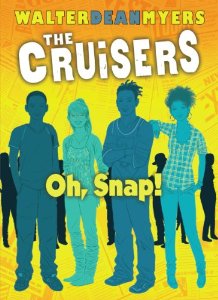 The Cruisers are in trouble — again. The freedom of expression they’ve enjoyed by publishing their own school newspaper, THE CRUISER, has spread all the way to England, where kids from a school “across the pond” are now contributors to their own school’s most talked-about publication. When photos start to go alongside the articles written by kids, things get suspicious. Zander, Kambui, LaShonda, Bobbi — and a bunch of students from Harlem’s DaVinci Academy and London’s Phoenix School — come to learn that words and pictures in a newspaper don’t always tell the whole story.

With his signature on-point pacing and whip-smart characters, award-winning author Walter Dean Myers delivers another awesome book about the Cruisers, a group of middle-school misfits who are becoming the coolest kids in the city. — image and summary from Amazon 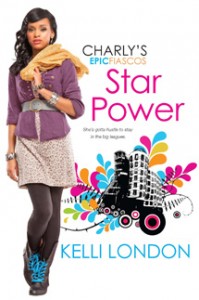 Charly St. James takes on her biggest challenge yet when her television show goes for a ratings sweep by making over the life of a not-so-willing small-town teen with a big secret. . .

Charly St. James is on top, and she’s determined to keep it that way. That’s why she and the producers have come up with a plan to take The Extreme Dream Team to the next level–by turning loners into VIPs. After all, how can you enjoy your new digs if your life is jacked up?

But when Charly meets her first makeover, Nia, she knows she’ll have to do more than dress her up and boost her self-esteem. Nia is living in the shade of her twin sister, who is luxuriating in a major case of pretty girl syndrome. And the more Charly tries to get Nia to shine, the more her twin sabotages her mission. Good thing Charly loves a challenge, ’cause these twins’ troubles are more than skin deep. . . — Cover image an summary from publisher’s website