We don’t have any new releases on our calendar this week, so I thought it would be fun to take a look at a few YA books with Middle Eastern or Muslim characters that I found via CBC Diversity’s Goodreads page. 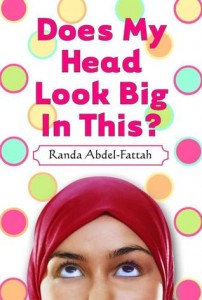 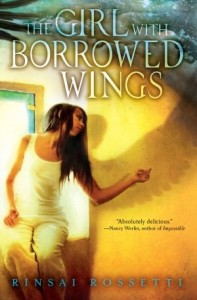 The Girl With Borrowed Wings by Rinsai Rossetti

Controlled by her father and bound by desert, Frenenqer Paje’s life is tediously the same, until a small act of rebellion explodes her world and she meets a boy, but not just a boy–a Free person, a winged person, a shape-shifter. He has everything Frenenqer doesn’t. No family, no attachments, no rules. At night, he flies them to the far-flung places of their childhoods to retrace their pasts. But when the delicate balance of their friendship threatens to rupture into something more, Frenenqer must confront her isolation, her father, and her very sense of identity, breaking all the rules of her life to become free. 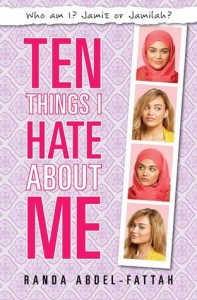 Ten Things I Hate About Me by Randa Abdel-Fattah

“At school I’m Aussie-blonde Jamie — one of the crowd. At home I’m Muslim Jamilah — driven mad by my Stone Age dad. I should win an Oscar for my acting skills. But I can’t keep it up for much longer…”

Jamie just wants to fit in. She doesn’t want to be seen as a stereotypical Muslim girl, so she does everything possible to hide that part of herself. Even if it means pushing her friends away because she’s afraid to let them know her dad forbids her from hanging out with boys or that she secretly loves to play the darabuka (Arabic drums). 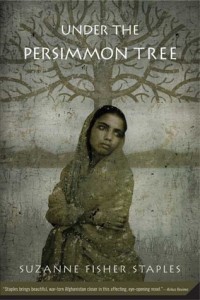 Under the Persimmon Tree by Suzanne Fisher Staples

Najmah, a young Afghan girl whose name means “star,” suddenly finds herself alone when her father and older brother are conscripted by the Taliban and her mother and newborn brother are killed in an air raid. An American woman, Elaine, whose Islamic name is Nusrat, is also on her own. She waits out the war in Peshawar, Pakistan, teaching refugee children under the persimmon tree in her garden while her Afghan doctor husband runs a clinic in Mazar-i-Sharif, Afghanistan. Najmah’s father had always assured her that the stars would take care of her, just as Nusrat’s husband had promised that they would tell Nusrat where he was and that he was safe. As the two look to the skies for answers, their fates entwine. Najmah, seeking refuge and hoping to find her father and brother, begins the perilous journey through the mountains to cross the border into Pakistan. And Nusrat’s persimmon-tree school awaits Najmah’s arrival. Together, they both seek their way home.

Known for her award-winning fiction set in South Asia, Suzanne Fisher Staples revisits that part of the world in this beautifully written, heartrending novel. 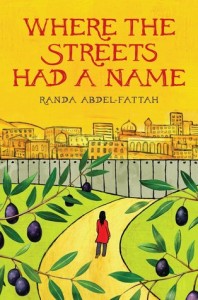 Where the Streets Had a Name by Randa Abdel-Fattah

Thirteen year old Hayaat is on a mission. She believes a handful of soil from her grandmother’s ancestral home in Jerusalem will save her beloved Sitti Zeynab’s life. The only problem is that Hayaat and her family live behind the impenetrable wall that divides the West Bank, and they’re on the wrong side of check points, curfews, and the travel permit system. Plus, Hayaat’s best friend Samy always manages to attract trouble. But luck is on the pair’s side as they undertake the journey to Jerusalem from the Palestinian Territories when Hayaat and Samy have a curfew-free day to travel.

But while their journey may only be a few kilometers long, it could take a lifetime to complete. . . .

Humorous and heartfelt, WHERE THE STREETS HAD A NAME deals with the Israel-Palestinian conflict with sensitivity and grace and will open a window on this timely subject. 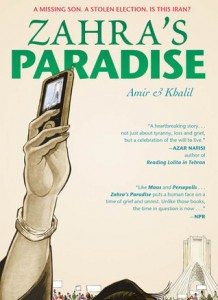 Set in the aftermath of Iran’s fraudulent elections of 2009, Zahra’s Paradise is the fictional story of the search for Mehdi, a young protestor who has vanished into an extrajudicial twilight zone. What’s keeping his memory from being obliterated is not the law. It is the grit and guts of his mother, who refuses to surrender her son to fate, and the tenacity of his brother, a blogger, who fuses tradition and technology to explore and explode the void in which Mehdi has vanished.

Zahra’s Paradise weaves together fiction and real people and events. As the world witnessed the aftermath of Iran’s fraudulent elections, through YouTube videos, on Twitter, and in blogs, this story came into being. The global response to this gripping tale has been passionate—an echo of the global outcry during the political upheaval of the summer of 2009.