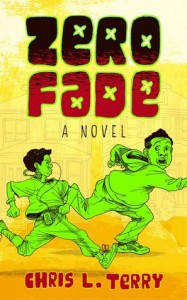 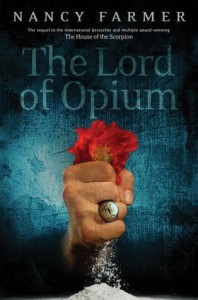 The Lord of Opium by Nancy Farmer

The new book continues the story of Matt, the boy who was cloned from evil drug lord El Patrón in The House of the Scorpion. Now 14 years old, Matt rules his own country, the Land of Opium, the only thriving place in a world ravaged by ecological disaster. Though he knows that the cure for ending the suffering is hidden in Opium, Matt faces obstacles and enemies at every turn when he tries to use his power to help. [Image and summary via Goodreads]

I need to get ahold of House of the Scorpion to reread — I can’t wait to read the long awaited sequel!