We found three diverse books that are being released this week. The fun thing is that one is historical, one is contemporary, and one is a dystopian. Here they are in chronological order. 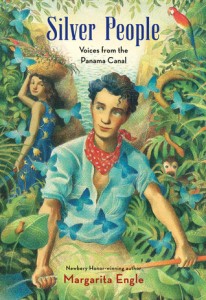 Summary: One hundred years ago, the world celebrated the opening of the Panama Canal, which connected the world’s two largest oceans and signaled America’s emergence as a global superpower. It was a miracle, this path of water where a mountain had stood—and creating a miracle is no easy thing. Thousands lost their lives, and those who survived worked under the harshest conditions for only a few silver coins a day.

From the young “silver people” whose back-breaking labor built the Canal to the denizens of the endangered rainforest itself, this is the story of one of the largest and most difficult engineering projects ever undertaken, as only Newbery Honor-winning author Margarita Engle could tell it. – Cover image and summary via Goodreads 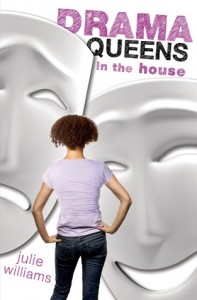 Drama Queens in the House by Julie Williams

Summary: Sixteen-year-old Jessie Jasper Lewis doesn’t remember a time in her life when she wasn’t surrounded by method actors, bright spotlights, and feather boas. Her parents started the Jumble Players Theater together, and theater is the glue that holds her crazy family together. But when she discovers that her father’s cheating on her mother with a man, Jessie feels like her world is toppling over. And on top of everything else, she has to deal with a delusional aunt who is predicting the end of the world. Jessie certainly doesn’t feel ready to be center stage in the production that is her family. But where does she belong in all of this chaos? — Cover image and summary via Goodreads 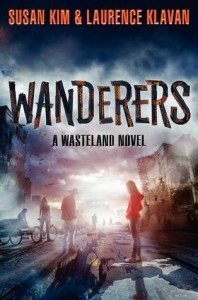 Summary: The former citizens of Prin are running out of time. The Source has been destroyed, so food is scarcer than ever. Tensions are rising…and then an earthquake hits.

So Esther and Caleb hit the road, leading a ragtag caravan. Their destination? A mythical city where they hope to find food and shelter – not to mention a way to make it past age nineteen.

On the way, alliances and romances blossom and fracture. Esther must rally to take charge with the help of a blind guide, Aras. He seems unbelievably cruel, but not everything is as it seems in the Wasteland.…

In this sequel to Wasteland, the stakes are even higher for Esther, Caleb, and the rest of their clan. They’re pinning all their hopes on the road…but what if it’s the most dangerous place of all? – Cover image and summary via Goodreads