A number of new books this week, and one that has been getting a lot of buzz the past few weeks. 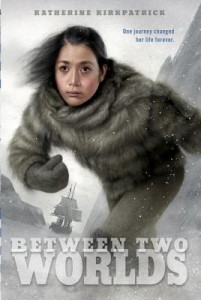 Between Two Worlds by Katherine Kirkpatrick

Summary: On the treeless shores of Itta, Greenland, as far north as humans can settle, sixteen-year-old Inuit Billy Bah spots a ship far out among the icebergs on the bay–a sight both welcome and feared. Explorers have already left their indelible mark on her land and its people, and a ship full of white men can mean trouble.

The ship carries provisions for Robert E. Peary, who is making an expedition to the North Pole. As a child, Billy Bah spent a year in America with Peary’s family. When her parents went to America years later, they died in a tragic scandal. Now, Peary’s wife, daughter, and crew are in Itta to bring him supplies. Winter comes on fast, and when the ship gets caught in the ice, Billy Bah sets out to find Peary. The journey will imperil her life, and that of the man she loves.

By turns lyrical and gripping, Between Two Worlds is an impassioned coming-of-age novel set in a land of breathtaking beauty and danger, where nature and love are powerful and unpredictable forces. – Cover image via IndieBound 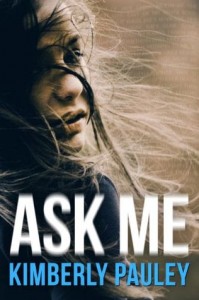 Ask Me by Kimberly Pauley

Ask Aria Morse anything, and she must answer with the truth. Yet she rarely understands the cryptic words she‘s compelled to utter. Blessed—or cursed—with the power of an Oracle who cannot decipher her own predictions, she does her best to avoid anyone and everyone.

But Aria can no longer hide when Jade, one of the few girls at school who ever showed her any kindness, disappears. Any time Aria overhears a question about Jade, she inadvertently reveals something new, a clue or hint as to why Jade vanished. But like stray pieces from different puzzles, her words never present a clear picture.

Then there’s Alex, damaged and dangerous, but the first person other than Jade to stand up for her. And Will, who offers a bond that seems impossible for a girl who’s always been alone. Both were involved with Jade. Aria may be the only one who can find out what happened, but the closer she gets to solving the crime, the more she becomes a target. Not everyone wants the truth to come out. [Image and summary via Goodreads] 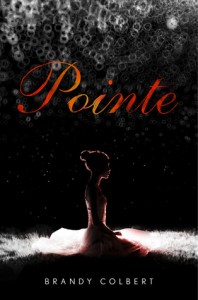 Brandy Colbert recently participated in a “Twitterview” with Stacked about Pointe and writing. Check it out here.