Here’s a new release for this week from Justina Chen! 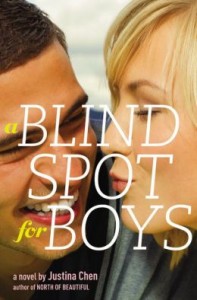 Shana has always had a blind spot for boys. Can she trust the one who’s right in front of her?

Enter Quattro, the undeniably cute lacrosse player who slams into Shana one morning in Seattle. Sparks don’t just fly; they ignite. And so does Shana’s interest. Right as she’s about to rethink her ban on boys, she receives crushing news: Her dad is going blind. Quattro is quickly forgotten, and Shana and her parents vow to make the most of the time her father has left to see. So they travel to Machu Picchu, and as they begin their trek, they run into none other than Quattro himself. But even as the trip unites them, Quattro pulls away mysteriously… Love and loss, humor and heartbreak collide in this new novel from acclaimed author Justina Chen. – Cover image and summary via Barnes & Noble