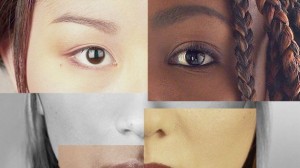 Inevitably, when one discusses diversity in YA, the question of how to write about race is always asked. True, open racial dialogue in our country is almost non-existent. A few out-spoken souls continually try to have the conversation, but common, everyday people do not wish to converse about a sensitive subject. This is because race is often discussed from an emotional viewpoint, rather then a logical one. Heated emotions get in the way of real discourse and communication breaks down. No matter how hard, however, the conversation must be had.

One of the ways we can help with the conversation is through literature, which has a way of expressing controversial ideas and opening reader’s minds to different views from their own. Young Adult literature has the perfect opportunity of doing the same for a younger generation. The problem? Not enough characters of color.  One cause of this problem?  A literary culture where the old adage “write what you know” becomes an excuse Caucasian writers use to not create characters of color.

I had a conversation with two writers, both of them Caucasian, and asked how they felt about writing characters of color. One of the writers was working on a novel where one of the main protagonists was a young black male and the other writer had yet to write a novel about character of color. The second writer stated she never thought about writing a story with a main character of color until I mentioned it, but also stated that she would feel uncomfortable writing a character of color. I prompted her further and she stated that she would want to be accurate in her portrayal of the character and feels that since she is Caucasian, she wouldn’t be able to, or rather have the authority, to create the character. In contrast, the first writer spent two years working in a low-performing high school in an economically depressed area of Los Angeles where her students were primarily African-American and Hispanic/Latino. She stated her character is based off of the many intricacies of her former students. She felt that based on her time spent around the students, she was able to create an accurate portrayal of a character of color.

In her article “Writing Race in YA” for the website YA Highway, Nicola K. Richardson gave advice to Caucasian writers about creating characters of color. She stated that in order for a writer to create a character of color a writer must do research and show respect.  “Take the time to speak to people from the cultures you want your character to have…Respect the culture and people that you want to write about.” (Richardson) I agree with that sentiment exactly. That belief is also an example of the two different writer’s approaches to creating a character of color. The second writer didn’t know where to begin and felt uncomfortable because she hadn’t done research, but wanted to be respectful, while the first writer had clearly done her research by using her first-hand experiences with her students. By completing research, she had shown respect of the culture of her characters.

The second writer also expressed she was “color blind” and feels that influences her writing;. another reason Caucasian writers often give for not creating characters of color. They believe that if they see everyone as equal and not as their race, then it will help bring about equality. That is a lovely sentiment, but it is one that is inherently dangerous for when people look at each other, the first thing they see is race. If they were being completely “colorblind” then how come all of their characters are Caucasian? I asked the writer this question and it gave her pause. It made her realize that being “colorblind” is just not possible. Richardson also expresses this viewpoint in her article. “There is no such thing as color blind. If you see me, of course you notice that I am a marvelous shade of caramel!…That is completely normal and in no way makes you a racist. It’s what you do and think about the difference in skin color that tells the tale.”(Richardson) I brought this viewpoint to the writer and noted that by not recognizing my race, she discounted my experiences and my culture. When Caucasian writers use the colorblind excuse, they are essentially discounting the unique qualities the different races bring to American culture. This belief is troublesome, but one that is easily corrected when pointed out. In fact, the second writer had never thought about writing a character of color until I mentioned it to her. Later that same day as she was brainstorming another story, the possibility of creating a main character of color occurred to her and she set about discovering this new train of thought. 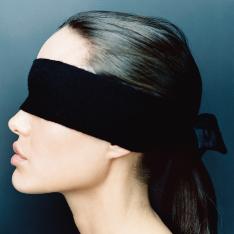 On the other hand many writers of color do not wish to carry the mantle of “writing about race” but rather want to just write good stories. I know I surely don’t. For the longest time I would refuse to describe my characters’ appearance because I wanted to the reader to associate with whom the character was, not what they looked like. I knew what my characters looked like, mostly African-American, but I wanted to reader to focus on their characteristics, their growth. Based on feedback I received, not knowing what the characters looked like hampered the reader’s experience. A common critique I received was “what do they look like?” forcing me to describe my characters. The reason I hesitated writing physical descriptions was that I didn’t want my work to be viewed within the context of race. Unfortunately for writers of color, their work is often viewed with a racial lens, rather than the actual writing. Writers of color are, more often than not, expected to make (or be making) some statement on race in their work. Their work is interpreted racially when the novel might not have any racial intentions. While writers of color often do make statements about race in their work, a number do not. It is frustrating for writers of color to have this misconception placed on their shoulders. I know this from experience. I have been “complimented” twice on a novel I wrote about my metaphor for interracial relationships. The problem with the “compliment”? I was not writing a metaphor for interracial relationships. This metaphor was interpreted because my main characters were of color.  If I had described my characters as Caucasian, the metaphor would not have been applied to the story. However, I live in a multi-cultural world and I wanted to my characters to reflect the world I live in. I chose to physically describe them as African-American and Hispanic/Latino; however, neither word is present anywhere in the novel. In fact, neither culture is presented in the novel, as it is a fantasy story, however, because of the racial descriptions I gave, a statement about race is inferred. Many writers of color experience this and it frustrates us to no end.

Author Coe Booth expressed the same sentiment in Jen Doll’s article, “The Ongoing Problem About Race”. It is an unfair expectation that Caucasian writers do not have. She states that for this to change the publishing industry needs “to open up the thinking about what a book by a person of color is supposed to do. It’s not an education; why do books by authors of color have to have that much responsibility? It’s just supposed to be a book. As writers start realizing that, and publishers and teachers and librarians start embracing that, more books will become available.” (qtd. in Doll). I’d like to take Booth’s sentiment a step further. When more authors create more stories with characters of color, YA literature will become more diverse and reflect the multicultural world we inhabit.

During October, National Novel Writing Month & We Need Diverse Books teamed up to share some helpful hints for writing diversely. If you intend to spend November writing furiously, reflect on the issues I brought up in my essay and then click on the links below to get inspired and ready to write! Happy NaNoWriMo and good luck to all!

How to Prepare to Write a Diverse Book

A Guide to Spotting and Growing Past Stereotypes

Novels that Get Representation Right

Why Diversity Matters for Everyone

All images copyright of their respective owners. Posted with permission under Creative Commons licenses via Flickr.

2 Replies to “The Thorny Issue of Race”