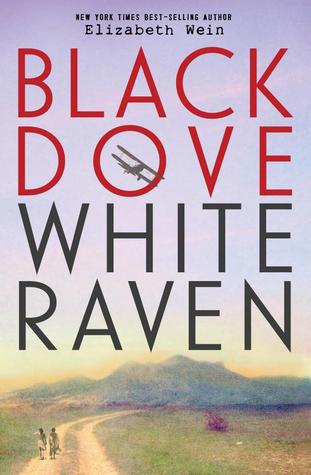 Summary: A story of survival, subterfuge, espionage and identity.

Review: After reading Code Name Verity and Rose Under Fire this book was automatically placed on my “Must Read” list. Elizabeth Wein has a way with historical fiction. This new addition to her Young Pilots Series centers around Ethiopia and its relations with Italy prior to World War II. I knew that Africa was part of the war, but that wasn’t a focus in my American history classes, so much of the politics and intrigue were new to me. Wein weaves in the history so readers aren’t totally lost, but she also managed to inspire me to research a bit during and after reading. I wanted to know more about this country that had avoided European colonization. I had to wonder if my history classes ever got into this conflict or if I just didn’t pay attention.

Beyond the setting, the characters were intriguing. In the beginning though, I found it difficult to keep up with everyone. The text is made up of letters, school essays, flight logs, and short stories. It’s meant to be a collection of information that will help persuade the Emperor of Ethiopia to help Em and Teo. The most difficult part for me was my need to have a chronology of some sort. I always wanted to know the ages of the writers so my mind could sort it all out, but things aren’t always in date order and it took a long time before an age was mentioned. Once I had that, I found myself always doing the math. Not all readers will have a need for that, but the first section of the book may be a bit confusing for some with multiple perspectives and seemingly random dates.

Em and Teo have been raised as brother and sister and are also best friends. Through childhood, they created stories of themselves as heroes. Teo is the Black Dove who can become invisible while Em is the White Raven and uses amazing disguises. They always have loving adults in their lives, but they are anchors for each other and are rarely apart.

While the political forces in the book are central to the story, there are other issues that come up too such as gender roles, religion, freedom, and courage. The main characters also explore what it is like to be the outsider in a community. In the U.S., their family didn’t always fit in because they were of different races. In Ethiopia, they have to learn the language and culture to try to fit in though Teo can visually blend in without any trouble.

Recommendation: Get it soon especially if you enjoy historical fiction. Black Dove, White Raven is interesting from start to finish – even the author’s note kept my attention. In the note, she quotes an Ethiopian proverb, “To lie about a far country is easy.” She explains that she did her best to avoiding changing or distorting history. Wein then provides a catalog of things that were true in the story and those that were fictional. Through it all, she brought Ethiopia to life and filled it with unique and memorable characters.

Extra: I can’t end this review without noting the difference between the U.S. cover and the one for the U.K. We got a title and a landscape. The U.K. has a focus on characters. 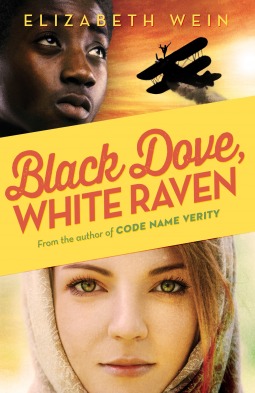