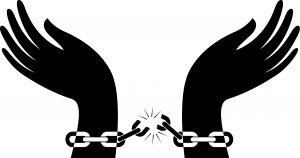 With the announcement of “When We Was Fierce” being pulled just days before publication for revision, the YA twitter sphere has been having some deep, profound, and insightful conversations about positive representations and how meaningful they are to People of Color. E.E. Charlton-Trujillo and her publisher’s decision to pull the book highlights that all the conversations had offline and online, all the conference panels, research done by Lee & Low, and all the good work done by WNDB is having an effect. I applaud Charlton-Trujillo and her publishers willingness to listen to the voices of those who were hurt by the book and decided to take positive action.

All of these conversations were in the back of my mind as I attended a panel about the past, present and future of African-American publishing the other night. The moderator decided to frame the panel conversation around a quote from Fredrick Douglass, which also got me thinking about why the types of conversations we’ve been having, and all the work to diversify YA literature is important, and not a trend.

From his autobiography, My Bondage and My Freedom, the quote essentially states (and I’m paraphrasing*), “Reading and writing can move Black folk from bondage to freedom.” Douglass’s quote is powerful and stepped in truth because slaves were purposefully prevented from learning to read and write in order for the slave masters to control them, because an educated slave is a dangerous slave.

As that quote rolled around in my brain, I thought of the very fight that is happening in our industry right now. Authors of color are literally fighting their bondage (lack of representation) to their freedom (inclusiveness in the publishing industry). Reading and writing does not only move Black folk out of bondage but it moves us all. When we have accurate portrayals of the different voices of our world, we all become enlightened to the lives of people who are not like us and become more empathetic people. Our imaginations are powerful and literature is the door that can literally open new worlds.

That can only happen if our literature reflects the wide and diverse experiences of the people living in our beautiful world. That is why #ownvoices is important, why #DVpit is important, and why we need to continue to push the publishing industry to not just say it’s going to make change, but hold publishing houses accountable. It is also why teachers and librarians need to continue to teach and push diverse texts in the classroom.

Those members of the publishing industry who have privilege need to stop putting their heads in the sand and listen to People of Color when we say a book hurts us, when we say that bad representation is worse than no representation, and not claim that we are “censoring” them. They need to stop making it all about themselves and their writing, and actually think about who their audience is. Understand that their audience includes children of color who are learning to fight the mental bondage of living in an oppressed society and are desiring to see positive, accurate representation of themselves. Those of us adults who are fighting for the kids know firsthand what that bondage feels like, and while we have survived it, that hurt child that still lives in our hearts is why we fight so hard. Why we fight for our children’s freedom.

One of the speakers on the panel, Adilifu Nama, one of the members behind the Afrofuturism movement, said, “One of the ways we are able to dismantle ill conceived notions of ourselves is through literature, through the power of our imagination.” This exact reason is why children of color need to see positive representations of themselves in their literature and the way to do that is to make sure that the books that are released do not have demeaning and racists depictions. It is why the publishing industry needs to be as sensitive as Charlton-Trujillo and her publishers were and take the steps to correct their mistakes. There is nothing wrong with admitting you made a mistake as long as you take the proper steps to correct it.

Institutional racism has held us all in bondage for a long time that fighting for our freedom is hard and hurtful, but it is a fight that we must take in order for all of us to truly be free. And if we continue on the path we are walking, correcting our mistakes, putting action behind our words, then we’ll get there.

*I paraphrased because I couldn’t find my book, and what I wrote in my notes from the panel. No shade to Mr. Douglass.

5 Replies to “Publishing’s Bondage and Freedom”