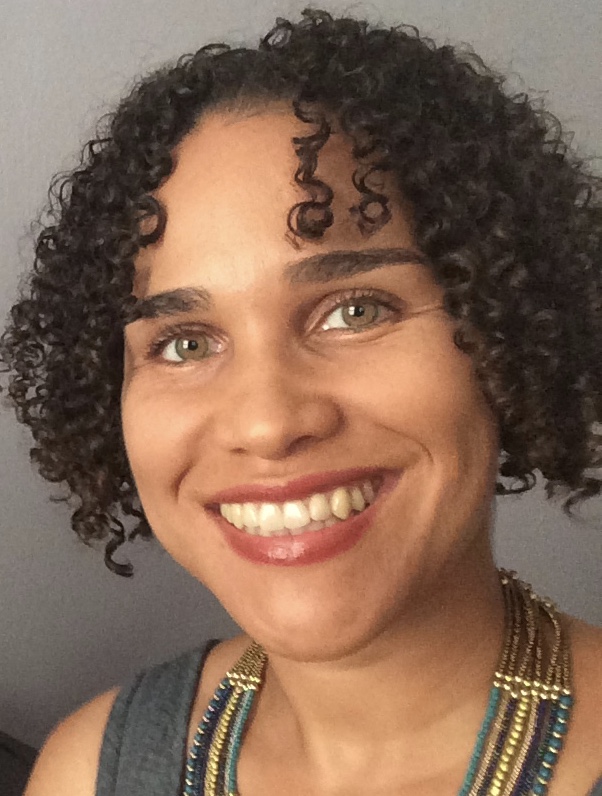 We welcome Zetta Elliott to the blog today. She’s an educator and a Black feminist writer of more than 20 books. After reading A Wish After Midnight and The Door at the Crossroads for our group discussion (posted yesterday), we were eager to find out more about these books and how they came to exist. We’re thankful Zetta Elliott took the time to respond to our questions.

What have been the most challenging aspects of your writing journey?

Invisibility is the biggest challenge. I’ll always write–as long as I’m able–and I don’t need anyone’s permission to do that. But for a long time, I believed I needed an editor’s permission to become an author. And so for over a decade I waited and waited, and sent out query letters, and filed away all the rejections. And then I had an award-winning picture book published in 2008 and thought the doors would open wide, but the publishing industry remained closed to me. So then I started advocating for greater diversity and equity in publishing, and finally turned to self-publishing to get more of my stories into the hands of kids/teens. And then review outlets and many libraries banned self-published titles despite claiming to be desperate for diverse books…so I gave up some of my advocacy work and focused on getting more books into the world (I have two more coming out next month). I don’t think about book sales that much; I want the books to exist and to be available to those who are looking for mirrors (see below). I’m leading more workshops on indie/community-based publishing these days, and that makes me feel visible and valued because I’m showing other aspiring writers how to make their own books outside of the traditional system.

When interacting with teen readers of your books, what responses have stood out to you?

It definitely means a lot when a teen tells me they see themselves in my books. One young woman took a picture holding up The Deep and said, “Finally, I can see myself on the cover of a book.” For me, writing a book that connects with ONE reader is enough–that’s success to me. But corporate publishers measure success in sales and awards, and they don’t market books to the kids/teens that I teach. I had another young woman write me a letter assuring me she knows there’s magic everywhere. I always tell kids that magic can happen to anyone anywhere, but books rarely reflect that. So I love that my books show kids of color at the center of a magical adventure–my books are aspirational, in a way, because they show what’s real but also what’s possible.

Are you working on a writing project you’re able to tell us about?

Right now I’m working on two books–a picture book called Milo’s Museum and a YA fantasy called The Return (sequel to The Deep). I went to Senegal two summers ago and started that novel but other projects took priority and now I’m finally ready to finish it. I wrote Milo’s Museum last spring; it’s about a little girl who doesn’t see her community reflected in the museum and so she starts her own museum in her backyard. My agent sent it out but no one was interested. I hoped to have it ready in time for the opening of the National Museum of African American History and Culture, but it will probably need another week.

How did you initially get involved with the Weeksville Heritage Center?

I discovered Weeksville in the late ’90s when I was teaching a group of middle school girls in an after school program in Bed-Stuy. We were mapping our community and I was amazed to learn that some churches nearby had participated in the Underground Railroad. A trip to the Brooklyn Historical Society introduced me to Maritcha Lyons and her first-hand account of the NYC Draft Riots of 1863 led me to Weeksville and the historic houses that still stand in Crown Heights, Brooklyn. When I finished AWAM in 2003, I printed a dummy and took it over to WHC but got no response. Over the years I sent more books and always received a thank you note, but nothing else. Then Tia Powell-Harris became executive director and I met her in 2014. Within a few weeks she reached out about ways to collaborate and the next year I served 2 terms as writer-in-residence. I taught writing classes for kids and adults, hosted a salon in the 1930s house, and right now we’re working on a picture book that the center will publish themselves. Each class I worked with published an anthology, so I was able to use my expertise as an indie author. Those books are a prime example of community-based publishing.

What drew you to this time period?

I’ve always loved history and could write about any time period, really (a Viking novel is in the works), but the NYC Draft Riots were particularly interesting to me. My dissertation was on representations of rape and lynching in African American literature, and it frustrated me that people assumed acts of racial violence only happened in the South. So writing about the North was a deliberate choice and NYC has so much history that many kids/teens never learn in school (or learn in a way that’s uninteresting).

What interesting things did you learn while researching the series?

I learned SO much! It was really hard to edit and decide which events and/or historical figures to include in the novels. World building is very challenging–I wanted to give a sense of what was happening in the country AND in the larger world, but I also had to mark regional differences (Judah in the South and Genna in NYC). The hanging of Captain Gordon was interesting because many other slavers got off but Lincoln decided to make an example of this one White man who kept transporting enslaved people despite the ban on the trans-Atlantic slave trade.

Intersectionality is addressed multiple times in both A Wish After Midnight and The Door at the Crossroads. One scene that made it especially clear was when Dr. Brant summarily dismisses Genna’s desire to study psychiatry not only because she is a Negro, but also a woman. Genna begins to see how this affects her in particular, but also how it plays out with others around her. Do you know of other authors who are also writing intersectional literature for young adults and/or how important is it that young adult writers address this?

I know that the Twinjas (publishing under the name GL Tomas) are deeply invested in deliberately and consciously writing about intersectional identities. But the truth is, even though a Black feminist scholar developed the theory (Kimberle Chrenshaw), everyone has an intersectional identity–it just isn’t always named, which is a function of privilege. So it was significant (and controversial) when Kirkus decided to start naming the race of ALL characters instead of leaving Whites as the unnamed default. Class is rarely mentioned unless a character is impoverished, and ability only comes up when a character has a disability. I’m learning to think differently about gender so that I don’t erase the specific experiences of transgender people. Some writers object to naming multiple aspects of identity in fiction, but that only preserves privilege and I do think YA authors can play a role in exposing bias in our society.

As a teacher and book club member, I appreciated the inclusion of the discussion topics, activities, and research at the end of the books. One of the questions was, “If you could change something in your life simply by making a wish, what would it be?” How would you answer that question?

Whoa–that’s a tough one! I met some teenage girls in DC last summer; they made an awesome video and their wishes were mostly for their families and communities. In this era of Black Lives Matter, it’s hard to put your own needs/desires ahead of others’. As an introvert I wish I had more daring. It’s hard for me to be open, and I’m very protective of my alone time/dream time. I crave security but that’s not the path I’ve chosen. Sometimes I wish I could embrace uncertainty instead of trying to anticipate and avoid problems before they even arise. They say, “Leap and the net will appear!” but that’s hard for me–especially as I get older. I turn 44 next month and find it harder to take risks. I sometimes joke that I’m all about artisanal pickles–I’m happy to bottle them by hand and sell at the local farmers market. Scaling up is hard…

Thanks for the interview! We eagerly await the next book in your series and wish you the best as you continue to share your stories.