Two new books this week and both that explore themes of identity.  We here at Rich in Color are so looking forward to Anna-Marie McLemore’s anticipated new novel that we’ll have an excerpt for our readers tomorrow and then Audrey will share her thoughts of the book on Friday.

But as odd as everyone considers Miel and Sam, even they stay away from the Bonner girls, four beautiful sisters rumored to be witches. Now they want the roses that grow from Miel’s skin, convinced that their scent can make anyone fall in love. And they’re willing to use every secret Miel has fought to protect to make sure she gives them up. — Cover image and summary via Goodreads 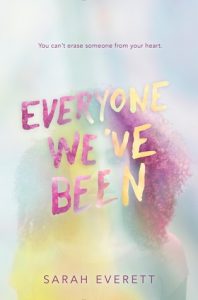 Addison Sullivan has been in an accident. In its aftermath, she has memory lapses and starts talking to a boy that no one else can see. It gets so bad that she’s worried she’s going crazy.

Addie takes drastic measures to fill in the blanks and visits a shadowy medical facility that promises to “help with your memory.” But at the clinic, Addie unwittingly discovers it is not her first visit. And when she presses, she finds out that she had certain memories erased. She had a boy erased.

But why? Who was that boy, and what happened that was too devastating to live with? And even if she gets the answers she’s looking for, will she ever be able to feel like a whole person again? –Cover image and summary via Goodreads