Three new releases this week and a few we’ve all been anxiously awaiting for.

The Sun is Also a Star by Nicola Yoon
Delacorte Press

The Universe: Every moment in our lives has brought us to this single moment. A million futures lie before us. Which one will come true? — Cover image and summary via Goodreads 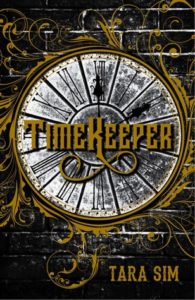 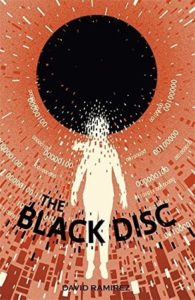 The Black Disc by David B. Ramirez
Hodder & Stoughton

The breathtaking followup to THE FOREVER WATCH, David Ramirez’s astonishing debut, perfect for fans of Neal Stephenson and William Gibson.

On the surface, seventeen-year-old Susan King is a normal girl with normal problems – studying for the SAT, getting a date for prom, and worrying about how she’s going to pay for college. Except she’s not really a normal girl at all, and her problems are far from normal. For one thing, Susan has a secret online life as a hacktivist, using the internet to bring down corrupt corporations around the world. For another, Susan’s already a millionaire.

Until the day a black disc appears from nowhere and begins to orbit the earth. That same day, Susan – and millions of people around the globe – receive an incoherent chain email, full of lunatic predictions claiming to foretell the end of the world. Susan, and everyone else, ignores the email.

And then the predictions start coming true. But what can one girl do to stop the apocalypse? — Cover image and summary via Goodreads