We found two books this week to add to your TBR pile. Which ones are you interested in? 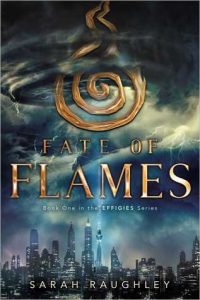 Can the girls take control of their destinies before the world is destroyed forever? 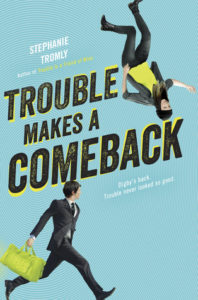 After a fall semester of fiascos: getting arrested, then kidnapped, then blown up in an explosion (all thanks to the weird but brilliant Philip Digby), Zoe Webster is looking forward to a quiet spring. Now that Digby has left town, she’s finally built a regular high school life for herself. She’s dating Miles, the alternate QB; she knows girls she considers friends; she’s learning to enjoy being normal and semi-popular. Which of course is when Digby comes back: He’s got a new lead on his missing sister and he needs Zoe’s help.

Suddenly Zoe is tussling with a billionaire arch-villain, locking horns with armed goons, and digging into what makes the Digby family tick, even as she tries to navigate the confusing and emotionally fraught world of high school politics and locker-room drama. After all, it’s hard to explain Digby to a boy like Miles, especially when Zoe isn’t sure how she feels about Digby herself—or how he feels about her.

Now that Digby’s back, get ready for another hilarious whodunit filled with razor-sharp dialogue, ridiculously funny action, and the most charismatic, dynamic duo you’ve ever met. And just try to stay out of trouble.