I read quite a few books this year so choosing just a few is difficult. There were several historical fiction books that really made an impact on me.

Nora Lopez is seventeen during the infamous year 1977 in New York.

After a freezing winter, a boiling hot summer explodes with arson, a blackout, and a serial killer named Son of Sam, who is shooting young people on the streets seemingly at random.

Not only is the city a disaster, but Nora has troubles of her own: her brother, Hector, is growing more uncontrollable by the day, her mother is helpless to stop him, and her father is so busy with his new family that he only calls on holidays.

And it doesn’t stop there. The super’s after her mother to pay their overdue rent, and her teachers are pushing her to apply for college, but all Nora wants is to turn eighteen and be on her own. There is a cute guy who started working with her at the deli, but is dating even worth the risk when the killer especially likes picking off couples who stay out too late? 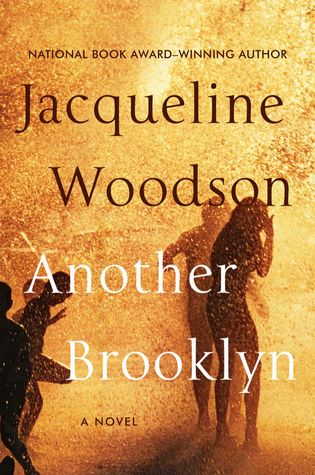 Finally, it isn’t labeled YA, but I just had to include this book because it was flat out amazing and a good portion of the book is a coming of age story. I think that many YA readers will be grabbing this one.

Running into a long-ago friend sets memories from the 1970s in motion for August, transporting her to a time and a place where friendship was everything—until it wasn’t. For August and her girls, sharing confidences as they ambled through neighborhood streets, Brooklyn was a place where they believed that they were beautiful, talented, brilliant—a part of a future that belonged to them.