I was recently accepted into a summer workshop where I will be learning teaching strategies for teaching Shakespeare, so the Bard has been on my mind of late. As part of the application process I had to create a unit plan, so I re-worked my Shakespeare unit in which I have my students read Romeo & Juliet. Normally I have them also read a modern adaptation of the play, so I’m constantly on the look out for adaptations that feature characters of color. Because R&J is the perfect story to use to explore different cultures and race, there are truly a good number of well-written adaptations of the play. Some of them follow closely to the play’s story line and others take a departure, but all are novels that draw you in and make you root for the couple and the happy ending that Romeo & Juliet never got. I’ve read all of the following, but Ronit & Jamil, which was just released. Rest assured, it will be on my shelf soon. 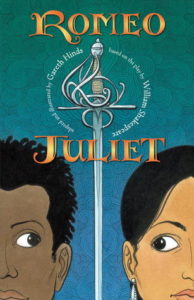 Romeo and Juliet by Gareth Hinds

She’s a Capulet. He’s a Montague. But when Romeo and Juliet first meet, they don’t know they’re from rival families — and when they find out, they don’t care. Their love is honest and raw and all-consuming. But it’s also dangerous. How much will they have to sacrifice before they can be together? In a masterful adaptation faithful to Shakespeare’s original text, Gareth Hinds transports readers to the sun-washed streets and market squares of Shakespeare’s Verona, vividly bringing the classic play to life on the printed page. 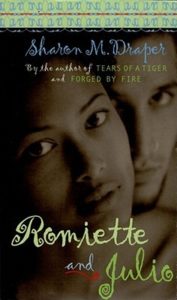 Like Shakespeare’s famous star-crossed lovers, Romiette Cappelle and Julio Montague face strong opposition to their budding romance. In their case, a dangerous gang’s disapproval of their interracial relationship puts the two in mortal peril. 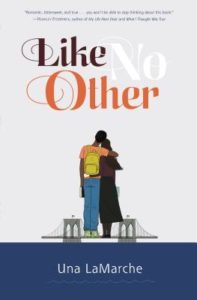 Fate brought them together. Will life tear them apart?

Devorah is a consummate good girl who has never challenged the ways of her strict Hasidic upbringing.

Jaxon is a fun-loving, book-smart nerd who has never been comfortable around girls (unless you count his four younger sisters).

They’ve spent their entire lives in Brooklyn, on opposite sides of the same street. Their paths never crossed . . . until one day, they did.

When a hurricane strikes the Northeast, the pair becomes stranded in an elevator together, where fate leaves them no choice but to make an otherwise risky connection.

Though their relation is strictly forbidden, Devorah and Jax arrange secret meetings and risk everything to be together. But how far can they go? Just how much are they willing to give up? 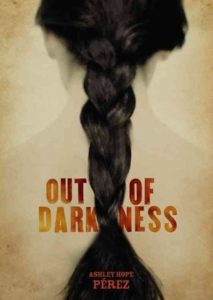 Out of Darkness by Ashley Hope Perez

New London, Texas. 1937. Naomi Vargas and Wash Fuller know about the lines in East Texas as well as anyone. They know the signs that mark them.

“No Negroes, Mexicans, or dogs.”

They know the people who enforce them.

“They all decided they’d ride out in their sheets and pay Blue a visit.”

But sometimes the attraction between two people is so powerful it breaks through even the most entrenched color lines. And the consequences can be explosive.

“More than grief, more than anger, there is a need. Someone to blame. Someone to make pay.” 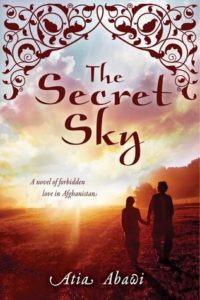 The Secret Sky by Atia Abawi

Set in present-day Afghanistan, this is the story of two teenagers, one Pashtun and one Hazara, who must fight against their culture, their tradition, their families, and the Taliban to stay together. Told in three rotating perspectives—the two teens and another boy in the village who turns them in to the local Taliban—this novel depicts both the violent realities of living in Afghanistan, as well as the beauty of the land and the cultures there. And it shows that love can bloom in even the darkest of places.

This is an absolute must read not just for teens but for anyone who has lived during the time of America’s War in Afghanistan. 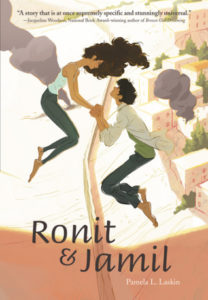 Pamela L. Laskin’s beautiful and lyrical novel in verse delivers a fresh and captivating retelling of Shakespeare’s Romeo and Juliet that transports the star-crossed lovers to the modern-day Israel-Palestine conflict.

Ronit, an Israeli girl, lives on one side of the fence. Jamil, a Palestinian boy, lives on the other side. Only miles apart but separated by generations of conflict—much more than just the concrete blockade between them. Their fathers, however, work in a distrusting but mutually beneficial business arrangement, a relationship that brings Ronit and Jamil together. And lightning strikes. The kind of lightning that transcends barrier fences, war, and hatred.

The teenage lovers fall desperately into the throes of forbidden love, one that would create an irreparable rift between their families if it were discovered. But a love this big can only be kept secret for so long. Ronit and Jamil must face the fateful choice to save their lives or their loves, as it may not be possible to save both.