Two new books to read as you soak up the sun lounging in the sand (or wherever you travel to this summer). 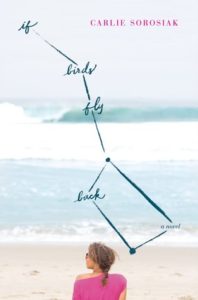 If Birds Fly Back by Carlie Sorosiak
HarperTeen
A sparkling debut about love, family, and the mysteries of the universe.Linny has been fascinated by disappearances, ever since her sister Grace ran away in the middle of the night without saying goodbye.

Sebastian can tell you how many galaxies there are, and knows how much plutonium weighs. But the one thing he can’t figure out is the identity of his birth father.

They’ve never met, but Linny and Sebastian have one thing in common: an obsession with famous novelist and filmmaker Alvaro Herrera, who went missing three years ago and has just reappeared. As they learn more about the mystery of Alvaro, Linny and Sebastian uncover the answers they’ve been searching for.

With humor and heart, debut author Carlie Sorosiak weaves a story of finding people who leave and loving those who stay, perfect for fans of Jandy Nelson and Emery Lord. 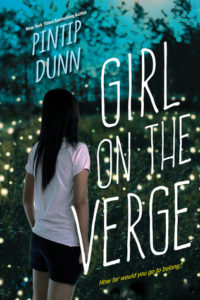 Girl on the Verge by Pintip Dunn
Kensington

From the author of The Darkest Lie comes a compelling, provocative story for fans of I Was Here and Vanishing Girls, about a high school senior straddling two worlds, unsure how she fits in either—and the journey of self-discovery that leads her to surprising truths.

In her small Kansas town, at her predominantly white school, Kanchana doesn’t look like anyone else. But at home, her Thai grandmother chides her for being too westernized. Only through the clothing Kan designs in secret can she find a way to fuse both cultures into something distinctly her own.

When her mother agrees to provide a home for a teenage girl named Shelly, Kan sees a chance to prove herself useful. Making Shelly feel comfortable is easy at first—her new friend is eager to please, embraces the family’s Thai traditions, and clearly looks up to Kan. Perhaps too much. Shelly seems to want everything Kanchana has, even the blond, blue-eyed boy she has a crush on. As Kan’s growing discomfort compels her to investigate Shelly’s past, she’s shocked to find how much it intersects with her own—and just how far Shelly will go to belong…