The finale to Kate Elliott’s Court of Five Triology finally arrives this week. I’m so excited to find out what happens. Kwame Alexander also returns with another of his novels in verse and this one looks like it’s a compelling story. And lastly, a debut novel that sounds like a great bit of literary fiction. 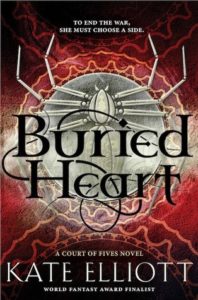 In this third book in the epic Court of Fives series, Jessamy is the crux of a revolution forged by the Commoner class hoping to overthrow their longtime Patron overlords. But enemies from foreign lands have attacked the kingdom, and Jes must find a way to unite the Commoners and Patrons to defend their home and all the people she loves. Will her status as a prominent champion athlete be enough to bring together those who have despised one another since long before her birth? Will she be able to keep her family out of the clutches of the evil Lord Gargaron? And will her relationship with Prince Kalliarkos remain strong when they find themselves on opposite sides of a war? Find all the answers in this beautifully written and exciting conclusion to World Fantasy Award finalist Kate Elliott’s debut New York Times bestselling young adult trilogy! 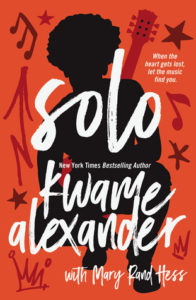 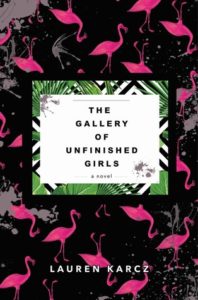 The Gallery of Unfinished Girls by Lauren Karcz
HarperTeen

At the Estate, Mercedes can create in ways she hasn’t ever before. But Mercedes can’t take anything out of the Estate, including her new-found clarity. Mercedes can’t live both lives forever, and ultimately she must choose between this perfect world of art and truth and a much messier reality. — Cover image and summary via Goodreads