We found one new book for you this week, and it sounds like a lot of fun! Is it on your TBR pile? 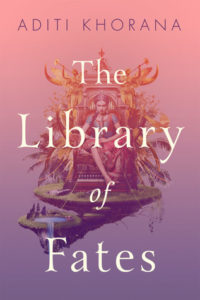 The Library of Fates by Aditi Khorana
Razorbill

A romantic coming-of-age fantasy tale steeped in Indian folklore, perfect for fans of The Star-Touched Queen and The Wrath and the Dawn