Today we welcome Abdi Nazemian to the blog. We’re excited to learn more about his new novel The Authentics, which was released earlier this month.

Summary: The Authentics is a fresh, funny, and insightful novel about culture, love, and family—the kind we are born into and the ones we create.

Daria Esfandyar is Iranian-American and proud of her heritage, unlike some of the “Nose Jobs” in the clique led by her former best friend, Heidi Javadi. Daria and her friends call themselves the Authentics, because they pride themselves on always keeping it real.

But in the course of researching a school project, Daria learns something shocking about her past, which launches her on a journey of self-discovery. It seems everyone is keeping secrets. And it’s getting harder to know who she even is any longer.

With infighting among the Authentics, her mother planning an over-the-top sweet sixteen party, and a romance that should be totally off limits, Daria doesn’t have time for this identity crisis. As everything in her life is spinning out of control—can she figure out how to stay true to herself? 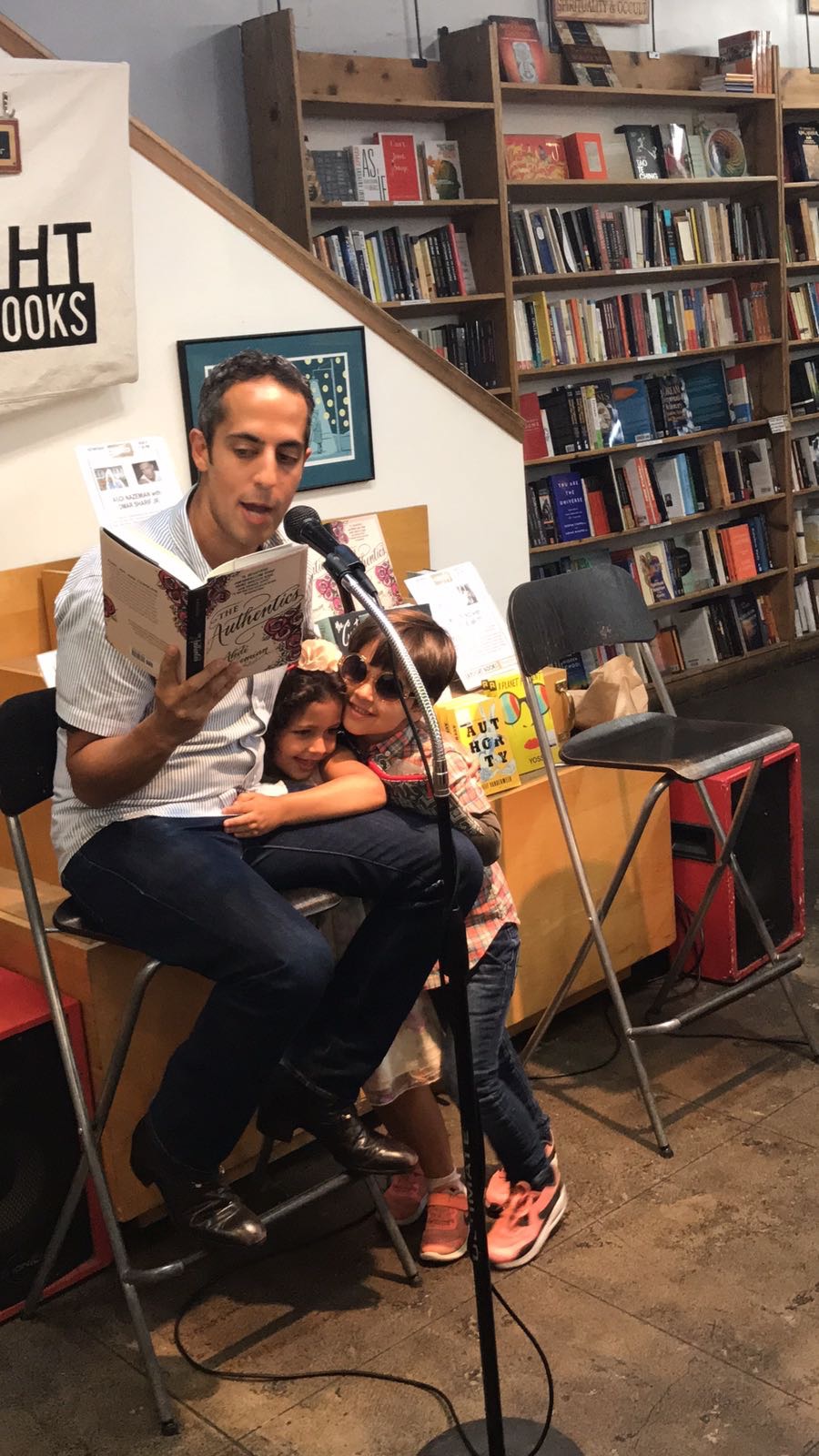 How did you find your way to this story of family and identity?

I started my career as a screenwriter, and I still work in film and television. I love that medium, but one of the unfortunate realities of the business is that getting movies about Iranian characters made is extremely difficult. I’ve tried many times to write stories that explore my culture for the screen, and inevitably the conversation turns to the lack of bankable stars that could be cast in the roles. Take a look at some of the highest-profile movies about Iranians that Hollywood has made for a peek into this problem. Gael Garcia Bernal and Alfred Molina are Hollywood’s version of Iranians. Jake Gyllenhaal is their Prince of Persia. The argument for these decisions is that there are no Iranian stars, but how can there be if no one gives Iranian actors a chance? I’ve always loved books, and at some point in my screenwriting career, I had this epiphany that in the literary world, no one could tell me they needed a celebrity to publish my book. Then I discovered that writing novels was also a far more personal journey than screenwriting, and that liberated me to write stories that explored issues of family and identity that were (and still are) closest to me. For this particular story, it’s hard to pinpoint one thing that helped me find my way, but I think the biggest inspiration was my own children, who were born with the help of an incredible surrogate, and who are being raised in a very modern, very multicultural family. They were babies when this book began to take shape, but I projected forward to the kinds of questions they might have, and I began to write a fictional story inspired by those questions. And then, luckily, Daria took on a life of her own. She had a lot to say. And for the record, I have no secrets from my own children.

I love so much about Daria, but perhaps what I love most is her passion. That passion is partly inspired by myself as an older teen (I was very outspoken about my views on right and wrong), but mostly inspired by many young people I know who are devoted to speaking out for what they believe in. Daria’s pride in her culture, her commitment to her friends, her patience and empathy for her family, are all offshoots of that passion. She is a deeply moral person, and wants to live a life of truth. Sometimes circumstances make that difficult, and that’s what the book explores, but Daria never strays far from her core desire to be honest and make moral decisions. I love that about her. Also, I love her capacity for forgiveness.

What forms of media were you most interested in when you were a teen? What kinds of stories got your attention?

Before my teen years, I was a huge reader (a lot of Ramona books, endless readings of Charlotte’s Web and an insatiable obsession with Archie Comics).  By the time I became a teenager, I developed a fascination with Old Hollywood. I watched old movies voraciously, everything from film noir to musicals to silent film. Those films transported me to a fantasy version of the world, which was very appealing to me as a kid who usually wanted to crawl out of his dark, gay skin. I read a lot back then, though YA wasn’t the thriving world it is now, and there were few diverse reads to be found. My favorite book as a teen was Oscar Wilde’s The Picture of Dorian Gray. I worshipped it. And in my later teen years, I discovered James Baldwin, who remains my favorite author. His writing is ridiculously good, and perhaps sadly, more relevant than ever. If we all read his words and studied them, we’d probably live in a much more beautiful world. 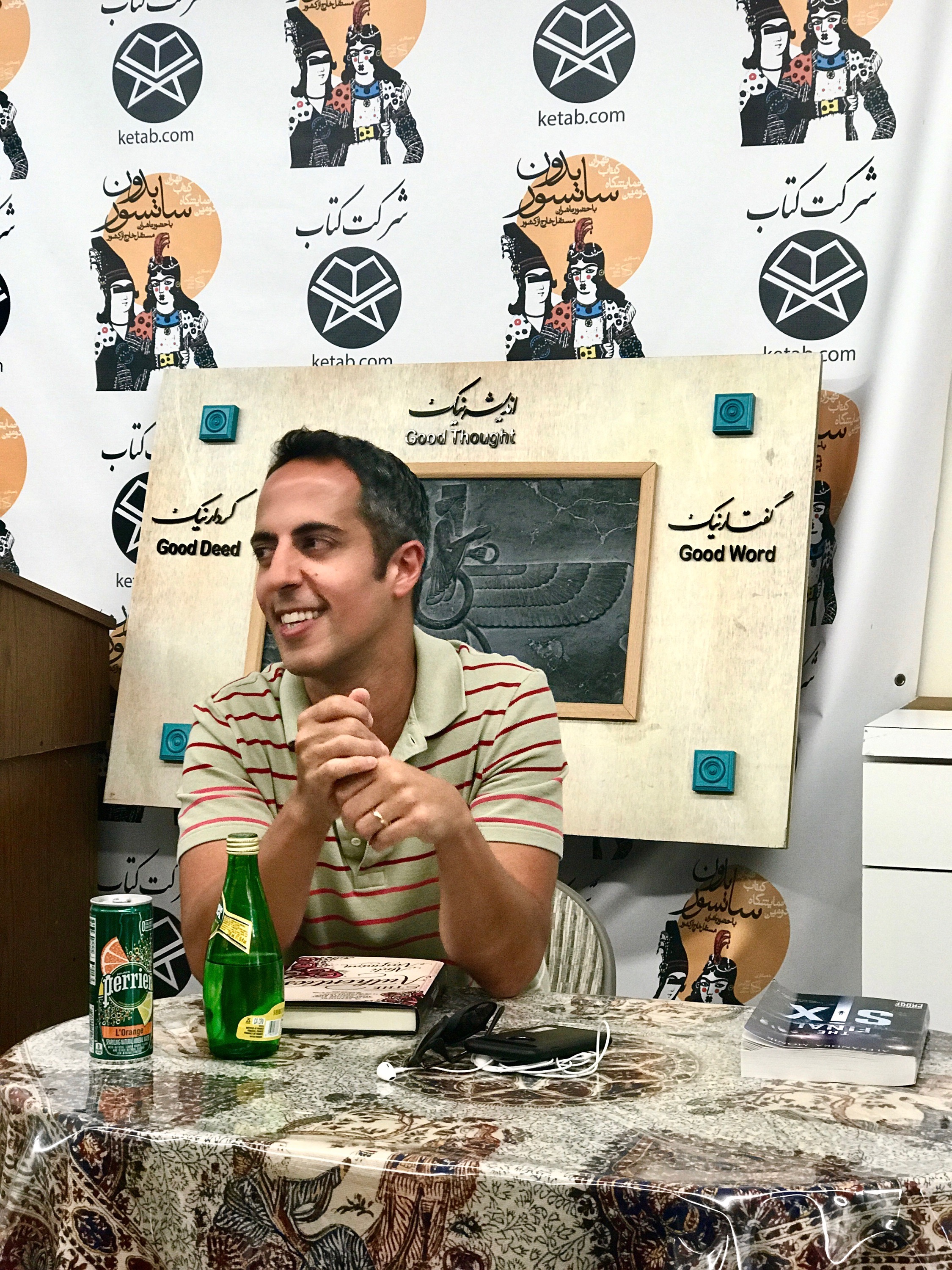 Though this is your debut YA novel, you’re not new to writing. Did writing The Authentics have any unique challenges?

It absolutely did. First and foremost, this was my first young adult novel, and I love YA, so I wanted to enter this world with a story that would have an impact and feel honest. Also, this is a far more personal piece of writing than most of my screenwriting work. This is a chance for me to represent the people I love most: Iranian-American characters, LGBTQ people of color, young people questioning their identity, and struggling with how to define themselves in a world obsessed with labels. I am painfully aware of how rare depictions of minorities are in our stories, and so I felt an added responsibility here to get it right, and to make sure that all my love for these characters came through loud and clear.

Being authentic is obviously a focus in this story. What does it mean to you to be authentic? How does that look in everyday life?

The word “authentic” is thrown around so often these days that it starts to lose any real meaning. Sometimes it’s a badge of honor (that’s how Daria and her friends use it), and sometimes it is hurled as an accusation toward anyone or anything we think is false. I wanted to explore this subject matter because I feel passionately that there is more than one way to be authentic. To me, being authentic only means being true to oneself, and that looks different for every human being. That might be why the relationship between Daria and her ex-best-friend Heidi (who Daria calls a “Nose Job”) is one of my favorites in the book. Daria considers Heidi inauthentic for focusing so much on her appearance, while Heidi feels that she is authentic because she is projecting the person she wants to be. To me, both characters are authentic in their own way, and their journey is to see authenticity in someone who is different from them. I recently read this quote from one of my favorite singers, Lana Del Rey, who is constantly accused of being inauthentic, and she said a lot of smart things on the subject: “Of course. I’m always being myself. They don’t know what authentic is. If you think of all the music that came out until 2013, it was super straight and shiny. If that’s authentic to you, this is going to look like the opposite. I think that shit is stylized. Just because I do my hair big does not mean I’m a product. If anything, I’m doing my own hair.”

I just found and read Madonna’s picture book The Adventures of Abdi at my local library. Are you certain there’s no connection to you?

There are few things I want more in the world than to be connected to Madonna. I fell in love with her when her very first video was released, and made my parents take me to The Virgin Tour despite being way too young for it. Not long after that, I converted a room in our home into “The Madonna Room” (no, this is not a joke). You can imagine my extreme excitement when I saw that Madonna had released a book about the adventures of a boy named Abdi, who does look a little like me. Sadly, I have no proof that the character is connected to me, though I can confirm I knew some people who worked with Madonna at the time, and that she signed an autograph to me well before the book was released, so perhaps my name seeped into her subconscious somehow. A boy can hope.

What’s up next for you in writing? Are we likely to see more YA books from you?

I write both screenplays and novels. In my screenwriting life, I am currently adapting a phenomenal documentary called “Out of Iraq” into a narrative feature. It’s the story of two Iraqi men who fall in love against the backdrop of the Iraq War, and their struggle to be reunited when one moves to the United States and the other gets stuck in the bureaucracy of the immigration system. It’s an honor to adapt it. In my life as an author, I am committed to continuing to write young adult fiction. Writing “The Authentics” was so gratifying, and I have more stories to tell in this space. I’m about halfway done with my next book, so I shouldn’t say too much about it, but I can say that it is probably the most personal writing I’ve ever done, and that it tells the story of a love triangle between three teens who get caught up in the world of AIDS activism in the late 1980s and early 1990s.

Is there anything you would like to tell our readers that I didn’t ask?

I’d like to say thank you to the young adult reading community for demanding diverse reads from publishers. Reading young adult fiction gives me so much hope for our future. I believe storytelling is our greatest tool for creating empathy, and seeing the way young people are demanding and consuming literature about characters who don’t look or think like them is so exciting to me. It’s easy to be pessimistic about the world, and seeing a book like The Hate U Give on the bestseller list makes me optimistic. Discovering there is a whole community of Iranian YA authors makes me optimistic. Reading YA books about cultures and experiences that were foreign to me gives me hope. And that’s all the result of readers creating demand for these stories. So, I’d like to just say thanks, and keep seeking out stories you may not think are for you. 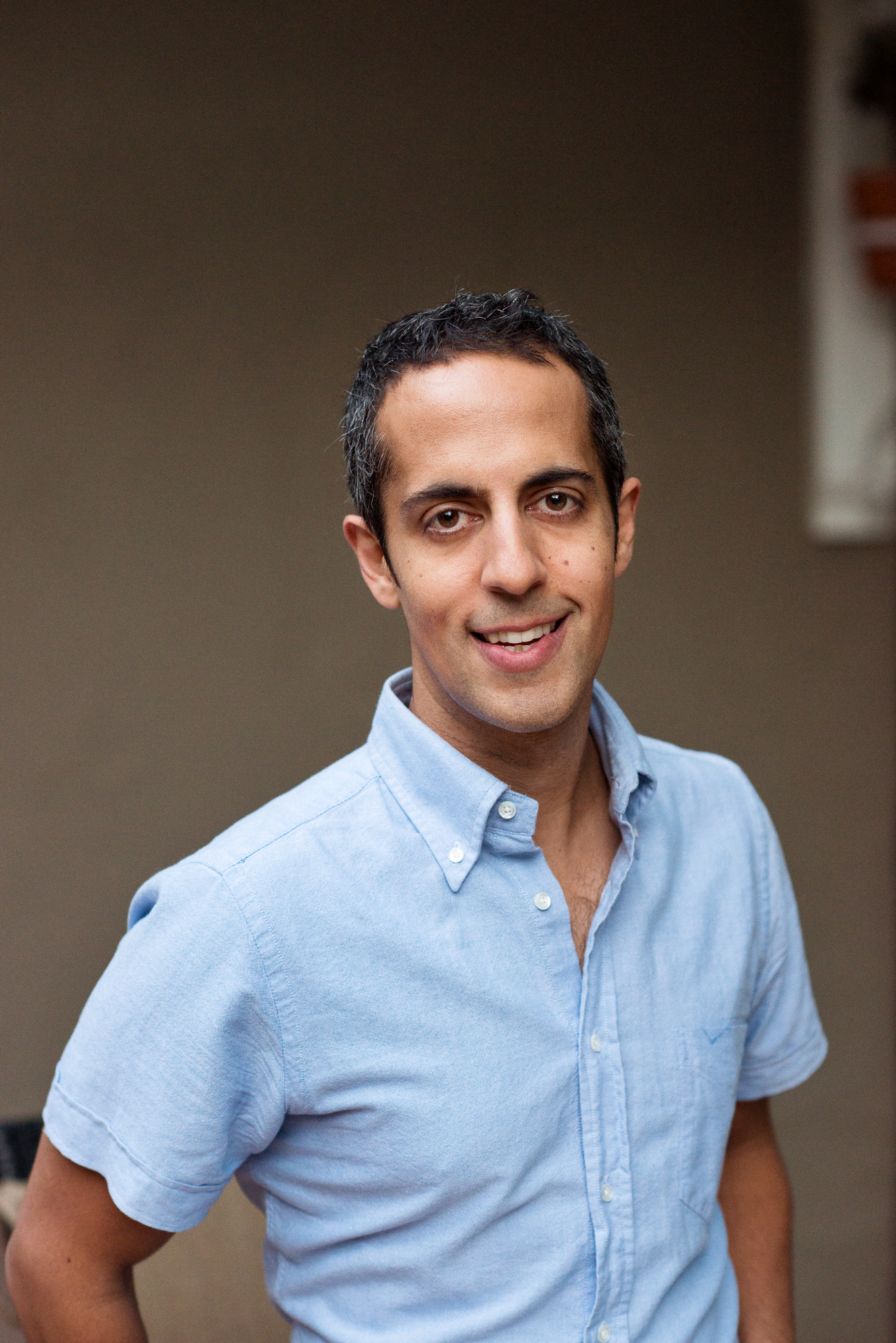 Abdi Nazemian spent his childhood in a series of glamorous locations (Tehran, Paris, Toronto, New York), but could usually be found in his bedroom watching old movies and reading. He currently resides in Los Angeles with his two children and his fiancé.

Abdi has written four produced films: MENENDEZ: BLOOD BROTHERS (Lifetime, 2017), THE QUIET (Sony Pictures Classics, 2006), CELESTE IN THE CITY (ABC Family, 2004), and BEAUTIFUL GIRL (ABC FAMILY, 2003). He also wrote, directed and produced the short film REVOLUTION (2012). He is proud to say his words have been spoken by the likes of Carmela Soprano, The Nanny, and The Girl With The Most Cake.

Abdi’s first novel, THE WALK-IN CLOSET, was released in 2015 by Curtis Brown Unlimited, and was awarded Best Debut at the Lambda Literary Awards. His debut young adult novel, THE AUTHENTICS, was released on August 8, 2017 by Balzer + Bray / HarperCollins.

2 Replies to “Interview with Abdi Nazemian”