We found four books being released this week. They include a fairy tale, a thriller, a sci-fi mystery, and a book featuring characters with a love of poetry. It’s quite a mix of genres. As always, if you know of any titles we’ve missed, please let us know in the comments.

The Prince and the Dressmaker by Jen Wang
First Second

Paris, at the dawn of the modern age:

Prince Sebastian is looking for a bride―or rather, his parents are looking for one for him. Sebastian is too busy hiding his secret life from everyone. At night he puts on daring dresses and takes Paris by storm as the fabulous Lady Crystallia―the hottest fashion icon in the world capital of fashion!

Sebastian’s secret weapon (and best friend) is the brilliant dressmaker Frances―one of only two people who know the truth: sometimes this boy wears dresses. But Frances dreams of greatness, and being someone’s secret weapon means being a secret. Forever. How long can Frances defer her dreams to protect a friend? Jen Wang weaves an exuberantly romantic tale of identity, young love, art, and family. A fairy tale for any age, The Prince and the Dressmaker will steal your heart.

A CIA prodigy’s cover is blown when he accidentally becomes an internet sensation in #Prettyboy Must Die, inspired by the #Alexfromtarget story.

When Peter Smith’s classmate snaps a picture of him during a late night run at the track, Peter thinks he might be in trouble. When she posts that photo–along with the caption, “See the Pretty Boy Run,”–Peter knows he’s in trouble. But when hostiles drop through the ceiling of his 6th period Chem Class, Peter’s pretty sure his trouble just became a national emergency.

Because he’s not really Peter Smith. He’s Jake Morrow, former foster-kid turned CIA operative. After a massive screw-up on his first mission, he’s on a pity assignment, a dozen hit lists and now, social media, apparently. As #Prettboy, of all freaking things.

His cover’s blown, his school’s under siege, and if he screws up now, #Prettyboy will become #Deadboy faster than you can say, ‘fifteen minutes of fame.’ Trapped in a high school with rabid killers and rabid fans, he’ll need all his training and then some to save his job, his school and, oh yeah, his life.

Between the Lines by Nikki Grimes
Nancy Paulsen Books

Darrian dreams of writing for the New York Times. To hone his skills and learn more about the power of words, he enrolls in Mr. Ward’s class, known for its open-mic poetry readings and boys vs. girls poetry slam. Everyone in class has something important to say, and in sharing their poetry, they learn that they all face challenges and have a story to tell–whether it’s about health problems, aging out of foster care, being bullied for religious beliefs, or having to take on too much responsibility because of an addicted parent. As Darrian and his classmates get to know one another through poetry, they bond over the shared experiences and truth that emerge from their writing, despite their private struggles and outward differences. 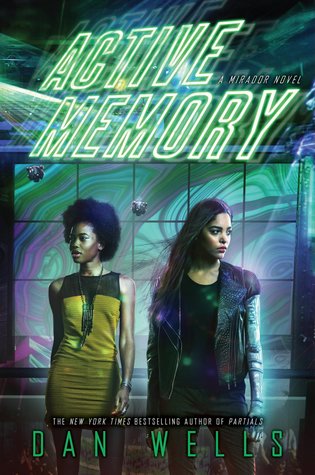