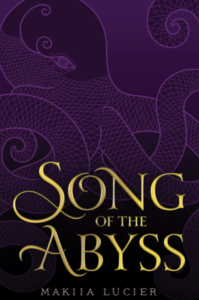 Summary: They came in the night as she dreamt, in her berth, on a ship sailing home to del Mar. After, they would be all Reyna thought about: two carracks painted scorpion black. No emblem on either forecastle, no pennants flying above the mainmasts to hint at a kingdom of origin.

As the granddaughter of a famed navigator, seventeen-year-old Reyna has always lived life on her own terms, despite those who say a girl could never be an explorer for the royal house of St. John del Mar. She is determined to prove them wrong, and as she returns home after a year-long expedition, she knows her dream is within reach. No longer an apprentice, instead: Reyna, Master Explorer.

But when menacing raiders attack her ship, those dreams are pushed aside. Reyna’s escape is both desperate and dangerous, and when next she sees her ship, a mystery rises from the deep. The sailors—her captain, her countrymen—have vanished. To find them, Reyna must use every resource at her disposal . . . including placing her trust in a handsome prince from a rival kingdom.

Together they uncover a disturbing truth. The attack was no isolated incident. Troubling signs point to a shadowy kingdom in the north, and for once, the rulers of the Sea of Magdalen agree: something must be done. But can Reyna be brave enough to find a way?

I very much enjoyed Makiia Lucier’s previous Tower of Winds novel, Isle of Blood and Stone (K. Imani’s review here), so I was thrilled to get an eARC of Song of the Abyss. While Song is a sequel, both books are standalone. Characters from Isle do make appearances, but they’re secondary to Reyna, who is no longer a child and has become a mapmaker. One of the things I love most about this book is the world that Lucier built, where mapmakers and mythological creatures all vie for attention on the page. There is a sense of wonder and magic in this world, from whirlpools that hold onto the spirits of those that drowned within them to the excitement of finding a topographical feature that no one else has recorded before. This is a wide world filled with pirates and secretive courts and the possibility of finding something or someone new if you just look far enough.

Reyna is a fantastic protagonist and an excellent mapmaker: smart, resourceful, and unquestionably brave even when some pretty terrifying stuff is going on around her. On top of that, her compassion and kindness are significant assets to her as she tries to figure out exactly who has been kidnapping crews at sea and why. Those qualities frequently help her obtain allies where she would otherwise flounder or miss out on key information or help.

I also enjoyed Reyna’s developing relationship with Levi. It was easy to see why they could be drawn to one another at the start of the book, so I didn’t feel like their separation in the first part of the book negatively impacted my ability to buy into their romance later on. I enjoyed their dynamic, especially as they had opportunities to trust in and learn about one another throughout the story. I was particularly pleased with the trust Levi showed in Reyna at the climax and the state of their relationship at the very end of the book.

That said, I do wish Reyna and Levi had spent more time together, if only because I wanted to see more of them. However, the separation allowed the chance to flesh out the supporting cast, most of whom were solid characters in their own right. I was particularly fond of Blaise and her character arc.

Recommendation: Get it soon. Song of the Abyss is a solid fantasy book, especially if you like tales about exploration. Reyna’s quest to unravel the mystery of the disappearances at sea is well worth the journey, and the world that Makiia Lucier built is easy to dive into. Even if you haven’t read the first novel, you should give Song of the Abyss a chance.