A whole bunch of new releases this week including the long anticipated graphic novel adaptation of Octavia Butler’s “Parable of the Sower”. What books will you be adding to your TBR list? 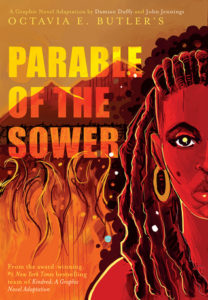 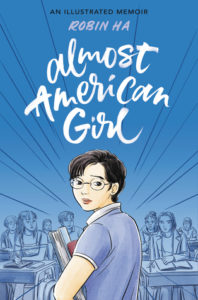 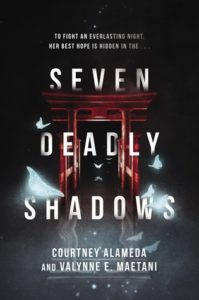 With war drawing nearer by the day, Kira realizes that if this unlikely band of heroes is going to survive, they’re going to have to learn to work together, confront their demons, and rise as one to face an army of unimaginable evil. — Cover image and summary via Goodreads 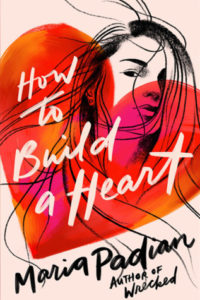 How to Build a Heart by Maria Padian
Algonquin Young Readers

One young woman’s journey to find her place in the world as the carefully separated strands of her life — family, money, school, and love — begin to overlap and tangle.

All sixteen-year-old Izzy Crawford wants is to feel like she really belongs somewhere. Her father, a marine, died in Iraq six years ago, and Izzy’s moved to a new town nearly every year since, far from the help of her extended family in North Carolina and Puerto Rico. When Izzy’s hardworking mom moves their small family to Virginia, all her dreams start clicking into place. She likes her new school—even if Izzy is careful to keep her scholarship-student status hidden from her well-to-do classmates and her new athletic and popular boyfriend. And best of all: Izzy’s family has been selected by Habitat for Humanity to build and move into a brand-new house. Izzy is this close to the community and permanence she’s been searching for, until all the secret pieces of her life begin to collide.

How to Build a Heart is the story of Izzy’s journey to find her place in the world and her discovery that the choices we make and the people we love ultimately define us and bring us home. — Cover image and summary via Goodreads 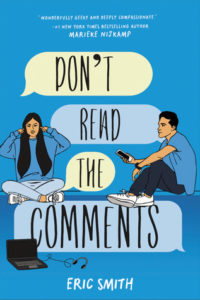 Divya Sharma is a queen. Or she is when she’s playing Reclaim the Sun, the year’s hottest online game. Divya—better known as popular streaming gamer D1V—regularly leads her #AngstArmada on quests through the game’s vast and gorgeous virtual universe. But for Divya, this is more than just a game. Out in the real world, she’s trading her rising-star status for sponsorships to help her struggling single mom pay the rent.

Gaming is basically Aaron Jericho’s entire life. Much to his mother’s frustration, Aaron has zero interest in becoming a doctor like her, and spends his free time writing games for a local developer. At least he can escape into Reclaim the Sun—and with a trillion worlds to explore, disappearing should be easy. But to his surprise, he somehow ends up on the same remote planet as celebrity gamer D1V.

At home, Divya and Aaron grapple with their problems alone, but in the game, they have each other to face infinite new worlds…and the growing legion of trolls populating them. Soon the virtual harassment seeps into reality when a group called the Vox Populi begin launching real-world doxxing campaigns, threatening Aaron’s dreams and Divya’s actual life. The online trolls think they can drive her out of the game, but everything and everyone Divya cares about is on the line…

And she isn’t going down without a fight. — Cover image and summary via Goodreads 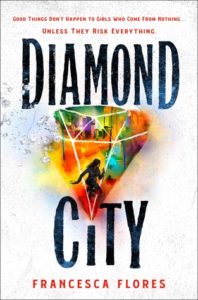