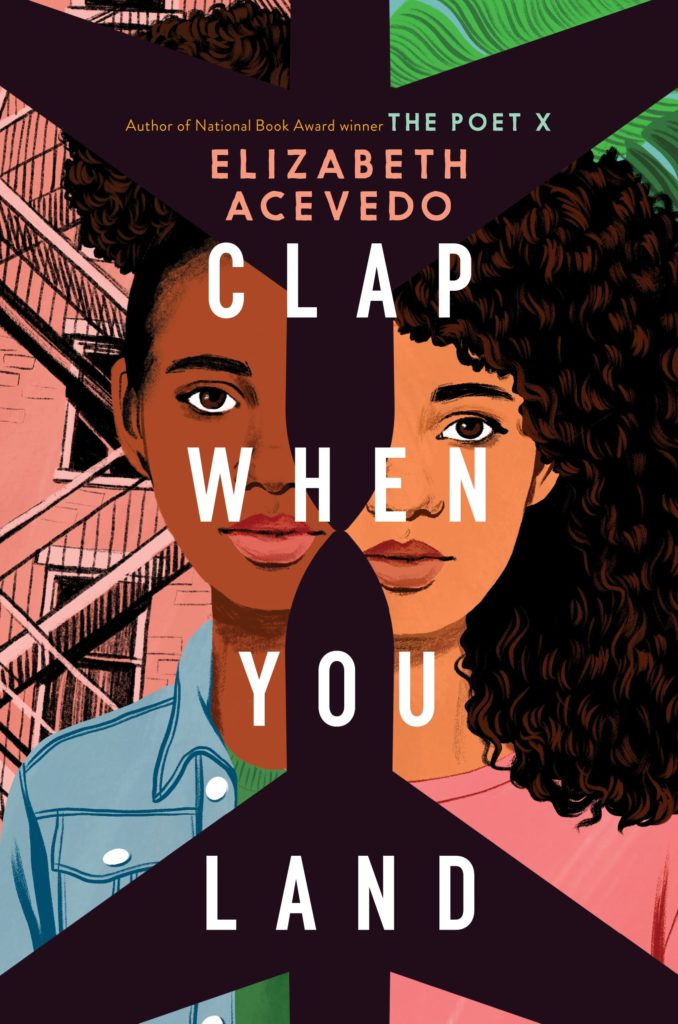 Publisher’s summary: Camino Rios lives for the summers when her father visits her in the Dominican Republic. But this time, on the day when his plane is supposed to land, Camino arrives at the airport to see crowds of crying people…

In New York City, Yahaira Rios is called to the principal’s office, where her mother is waiting to tell her that her father, her hero, has died in a plane crash.

Separated by distance—and Papi’s secrets—the two girls are forced to face a new reality in which their father is dead and their lives are forever altered.

And then, when it seems like they’ve lost everything of their father, they learn of each other.

Review: Families are messy. Sometimes they’re extremely messy. Camino and Yahaira have been living life believing in one reality seemingly unaware that families can be overflowing with secrets. Elizabeth Acevedo has created a masterpiece that delves into family relationships and the things that truly matter. I’m partial to novels in verse, but this one is truly a gem.

The design of the book is so smart. The cover makes more sense once the story is known, but even before, it is quite clever. The coming and going from the Dominican Republic can be seen in the airplanes on the cover. And this leads to questions. What makes one Dominican? Can a person who has never been there, actually call themselves Dominican? What can keep a person tethered to a place? What can convince someone to leave their home?

The cover image also shows two young women who have similarities and are clearly connected in some way. Within the book, the airplane image is used again in the chapter headings. The direction they point indicates which perspective is seen in that section. The voices are distinct, but are also visually cued by stanza length. When Camino is sharing her part of the story, the stanzas are generally three lines long. When we hear from Yahaira, her words come in two lines at a time and sometimes even via concrete poems.

The story opens with Camino lamenting about the mud of her island home and how it kisses her, but also clings and stains her. This theme of messiness, layers, and hidden things stretches throughout the book. Multiple readings would allow readers to find more and more under the layers.

The tragedy these young people are facing makes them turn inside and question everything they thought they knew. In that questioning, they learn much about themselves and about the humanity of those around them.

Recommendation: Get it as soon as you can. Clap When You Land will tug at hearts and will also give readers much to think about around grief, families, and love.

One Reply to “Review: Clap When You Land”