We have six books on our release calendar this week! Are any of them on your TBR list? 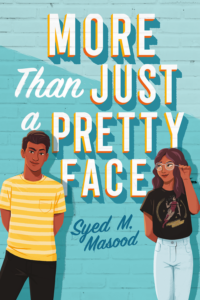 Danyal Jilani doesn’t lack confidence. He may not be the smartest guy in the room, but he’s funny, gorgeous, and going to make a great chef one day. His father doesn’t approve of his career choice, but that hardly matters. What does matter is the opinion of Danyal’s longtime crush, the perfect-in-all-ways Kaval, and her family, who consider him a less than ideal arranged marriage prospect.

When Danyal gets selected for Renaissance Man–a school-wide academic championship–it’s the perfect opportunity to show everyone he’s smarter than they think. He recruits the brilliant, totally-uninterested-in-him Bisma to help with the competition, but the more time Danyal spends with her…the more he learns from her…the more he cooks for her…the more he realizes that happiness may be staring him right in his pretty face. 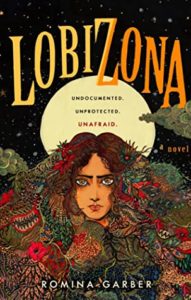 Lobizona (Wolves of No World #1) by Romina Garber
Wednesday Books

Some people ARE illegal.

Both of these statements are false.

Manuela Azul has been crammed into an existence that feels too small for her. As an undocumented immigrant who’s on the run from her father’s Argentine crime-family, Manu is confined to a small apartment and a small life in Miami, Florida.

Until Manu’s protective bubble is shattered.

Her surrogate grandmother is attacked, lifelong lies are exposed, and her mother is arrested by ICE. Without a home, without answers, and finally without shackles, Manu investigates the only clue she has about her past–a mysterious “Z” emblem—which leads her to a secret world buried within our own. A world connected to her dead father and his criminal past. A world straight out of Argentine folklore, where the seventh consecutive daughter is born a bruja and the seventh consecutive son is a lobizón, a werewolf. A world where her unusual eyes allow her to belong.

As Manu uncovers her own story and traces her real heritage all the way back to a cursed city in Argentina, she learns it’s not just her U.S. residency that’s illegal. . . .it’s her entire existence. 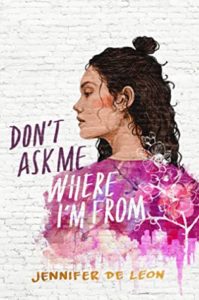 Fifteen-year-old Liliana is fine, thank you very much. It’s fine that her best friend, Jade, is all caught up in her new boyfriend lately. It’s fine that her inner-city high school is disorganized and underfunded. It’s fine that her father took off again—okay, maybe that isn’t fine, but what is Liliana supposed to do? She’s fifteen! Being left with her increasingly crazy mom? Fine. Her heathen little brothers? Fine, fine, fine. But it turns out Dad did leave one thing behind besides her crazy family. Before he left, he signed Liliana up for a school desegregation program called METCO. And she’s been accepted.

Being accepted into METCO, however, isn’t the same as being accepted at her new school. In her old school, Liliana—half-Guatemalan and half-Salvadorian—was part of the majority where almost everyone was a person of color. But now at Westburg, where almost everyone is white, the struggles of being a minority are unavoidable. It becomes clear that the only way to survive is to lighten up—whiten up. And if Dad signed her up for this program, he wouldn’t have just wanted Liliana to survive, he would have wanted her to thrive. So what if Liliana is now going by Lili? So what if she’s acting like she thinks she’s better than her old friends? It’s not a big deal. It’s fine.

But then she discovers the gutting truth about her father: He’s not on one of his side trips. And it isn’t that he doesn’t want to come home…he can’t. He’s undocumented and he’s been deported back to Guatemala. Soon, nothing is fine, and Lili has to make a choice: She’s done trying to make her white classmates and teachers feel more comfortable. Done changing who she is, denying her culture and where she came from. They want to know where she’s from, what she’s about? Liliana is ready to tell them. 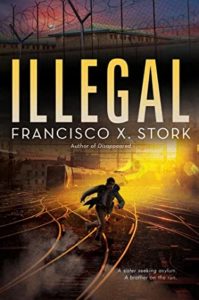 What does it mean to be illegal in the United States?
Life in Mexico is a death sentence for Emiliano and his sister Sara.

To escape the violent cartel that is after them, they flee across the border, seeking a better life in the United States and hoping that they can find a way to bring their pursuers to justice.

Sara turns herself over to the authorities to apply for asylum.

Emiliano enters the country illegally, planning to live with their father.

But now Sara is being held indefinitely in a detention facility, awaiting an asylum hearing that may never come, finding it harder every day to hold on to her faith and hope. Life for Emiliano is not easy either. Everywhere he goes, it’s clear that he doesn’t belong. And all the while, the cartel is closing in on them…

Emiliano sets off on a tense and dangerous race to find justice, but can he expose the web of crimes from his place in the shadows? 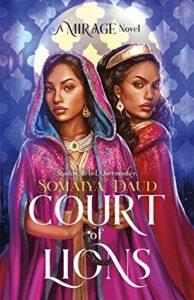 Two identical girls, one a princess, the other a rebel. Who will rule the empire?

After being swept up into the brutal Vathek court, Amani, the ordinary girl forced to serve as the half-Vathek princess’s body double, has been forced into complete isolation. The cruel but complex princess, Maram, with whom Amani had cultivated a tenuous friendship, discovered Amani’s connection to the rebellion and has forced her into silence, and if Amani crosses Maram once more, her identity – and her betrayal – will be revealed to everyone in the court.

Amani is desperate to continue helping the rebellion, to fight for her people’s freedom. But she must make a devastating decision: will she step aside, and watch her people suffer, or continue to aid them, and put herself and her family in mortal danger? And whatever she chooses, can she bear to remain separated, forever, from Maram’s fiancé, Idris? 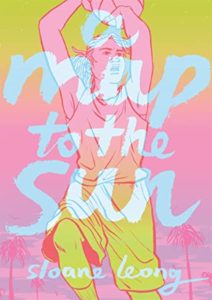 A Map to the Sun by Sloane Leong
First Second

One summer day, Ren meets Luna at a beachside basketball court and a friendship is born. But when Luna moves to back to Oahu, Ren’s messages to her friend go unanswered.

Years go by. Then Luna returns, hoping to rekindle their friendship. Ren is hesitant. She’s dealing with a lot, including family troubles, dropping grades, and the newly formed women’s basketball team at their highschool. With Ren’s new friends and Luna all on the basketball team, the lines between their lives on and off the court begin to blur. During their first season, this diverse and endearing group of teens are challenged in ways that make them reevaluate just who and how they trust.

Sloane Leong’s evocative storytelling about the lives of these young women is an ode to the dynamic nature of friendship.