There are no new releases this week and I can kinda understand why. Imagine having to have a book launch the same week we chose a new president. Everyone is on pins and needles this week as we hope and pray for a good outcome and ending to this election cycle. Self-care is also important this week and many find reading an escape to help them cope. So, I asked my fellow contributors what they are reading this week for self care. 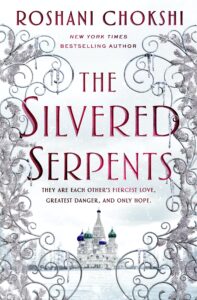 Audrey is reading The Silvered Serpents by Roshani Chokshi. 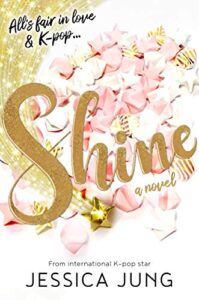 A Korean American teen is thrust into the competitive, technicolor world of K-pop, from Jessica Jung, K-pop legend and former lead singer of Girls Generation. 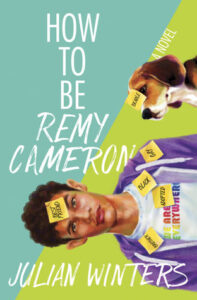 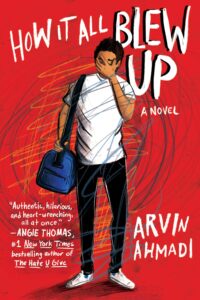 Jessica is reading How It All Blew Up by Arvin Ahmadi

Simon vs. the Homo Sapiens Agenda goes to Italy in Arvin Ahmadi’s newest incisive look at identity and what it means to find yourself by running away.

Eighteen-year-old Amir Azadi always knew coming out to his Muslim family would be messy–he just didn’t think it would end in an airport interrogation room. But when faced with a failed relationship, bullies, and blackmail, running away to Rome is his only option. Right?

Soon, late nights with new friends and dates in the Sistine Chapel start to feel like second nature… until his old life comes knocking on his door. Now, Amir has to tell the whole truth and nothing but the truth to a U.S. Customs officer, or risk losing his hard-won freedom.

At turns uplifting and devastating, How It All Blew Up is Arvin Ahmadi’s most powerful novel yet, a celebration of how life’s most painful moments can live alongside the riotous, life-changing joys of discovering who you are. 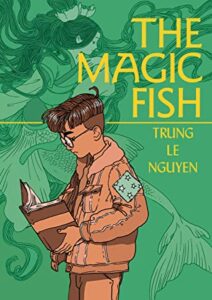 She is also reading The Magic Fish by Trung Le Nguyen

Tiến loves his family and his friends…but Tiến has a secret he’s been keeping from them, and it might change everything. An amazing YA graphic novel that deals with the complexity of family and how stories can bring us together.

A beautifully illustrated story by Trung Le Nguyen that follows a young boy as he tries to navigate life through fairytales, an instant classic that shows us how we are all connected. The Magic Fish tackles tough subjects in a way that accessible with readers of all ages, and teaches us that no matter what—we can all have our own happy endings. 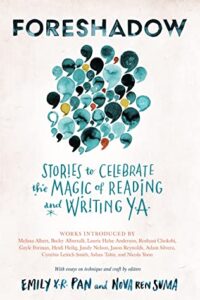 And I’m reading Foreshadow: Stories to Celebrate the Magic of Reading and Writing YA by Emily X.R. Pan and Nova Ren Suma

Created by New York Times bestselling authors Emily X. R. Pan and Nova Ren Suma, Foreshadow is so much more than a short story collection. A trove of unforgettable fiction makes up the beating heart of this book, and the accompanying essays offer an ode to young adult literature, as well as practical advice to writers.

Featured in print for the first time, the thirteen stories anthologized here were originally released via the buzzed-about online platform Foreshadow. Ranging from contemporary romance to mind-bending fantasy, the Foreshadow stories showcase underrepresented voices and highlight the beauty and power of YA fiction. Each piece is selected and introduced by a YA luminary, among them Gayle Forman, Laurie Halse Anderson, Jason Reynolds, and Sabaa Tahir.

What makes these memorable stories tick? What sparked them? How do authors build a world or refine a voice or weave in that deliciously creepy atmosphere to bring their writing to the next level? Addressing these questions and many more are essays and discussions on craft and process by Nova Ren Suma and Emily X. R. Pan.

This unique compilation reveals and celebrates the magic of reading and writing for young adults.