Three new books to add to your TBR list. 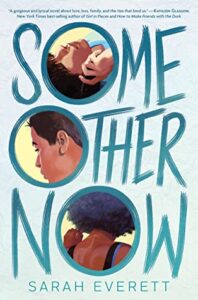 But then everything changed. It’s been almost a year since Jessi last visited the Cohen house. Rowan is gone. Mel is in remission and Luke hates Jessi for the role she played in breaking his family apart. Now Jessi spends her days at a dead-end summer job avoiding her real mother, who suddenly wants to play a role in Jessi’s life after being absent for so long. But when Luke comes home from college, it’s hard to ignore the past. And when he asks Jessi to pretend to be his girlfriend for the final months of Mel’s life, Jessi finds herself drawn back into the world of the Cohens. Everything’s changed, but Jessi can’t help wanting to be a Cohen, even if it means playing pretend for one final summer. 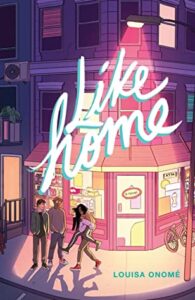 Worse yet, Kate is acting strange. She’s pushing Nelo away at the exact moment they need each other most. Nelo’s entire world is morphing into something she hates, and she must figure out how to get things back on track or risk losing everything⁠—and everyone⁠—she loves. 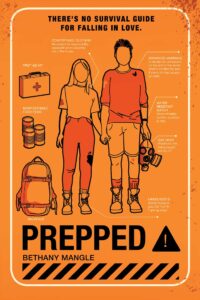 Always be ready for the worst day of your life.

This is the mantra that Becca Aldaine has grown up with. Her family is part of a community of doomsday preppers, a neighborhood that prioritizes survivalist training over class trips or senior prom. They’re even arranging Becca’s marriage with Roy Kang, the only eligible boy in their community. Roy is a nice guy, but he’s so enthusiastic about prepping that Becca doesn’t have the heart to tell him she’s planning to leave as soon as she can earn a full ride to a college far, far away.

Then a devastating accident rocks Becca’s family and pushes the entire community, including Becca’s usually cynical little sister, deeper into the doomsday ideology. With her getaway plans thrown into jeopardy, the only person Becca can turn to is Roy, who reveals that he’s not nearly as clueless as he’s been pretending to be.

When Roy proposes they run away together, Becca will have to risk everything—including her heart—for a chance to hope for the best instead of planning for the worst