A whole slew of books coming out this week, many we’ve been looking forward to for a while. I can’t wait to add some of these to my TBR pile. 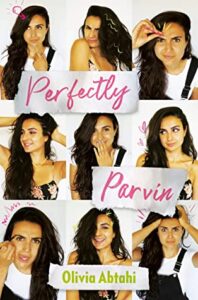 Parvin has just had her heart broken when she meets the cutest boy at her new high school, Matty Fumero–with an emphasis on fumero, because he might be the smoking hot cure to all of her boy troubles. If Parvin can get Matty to ask her to homecoming, she’s positive it will erase all the awful and embarrassing feelings He Who Will Not Be Named left her with after the summer. The only problem is Matty is definitely too cool for bassoon-playing, frizzy-haired, Cheeto-eating Parvin. Since being herself has not worked for her in the past (see aforementioned relationship), she decides that to be the girl who finally gets the guy, she should start acting like the women in her favorite rom-coms. Those girls aren’t loud, they certainly don’t cackle when they laugh, and they smile much more than they talk. Easy enough, right?

But as Parvin struggles through her parent-mandated Farsi lessons on the weekends, a budding friendship with a boy she can’t help but be her unfiltered self with, and dealing with the ramifications of the Muslim Ban on her family in Iran, she realizes that being herself might just be the perfect thing after all. 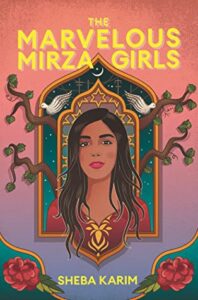 To cure her post–senior year slump, made worse by the loss of her aunt Sonia, Noreen is ready to follow her mom on a gap year trip to New Delhi, hoping India can lessen her grief and bring her voice back.

In the world’s most polluted city, Noreen soon meets kind, handsome Kabir, who introduces her to the wonders of this magical, complicated place. With Kabir’s help—plus Bollywood celebrities, fourteenth-century ruins, karaoke parties, and Sufi saints—Noreen begins to rediscover her joyful voice.

But when a family scandal erupts, Noreen and Kabir must face complicated questions in their own relationship: What does it mean to truly stand by someone—and what are the boundaries of love? 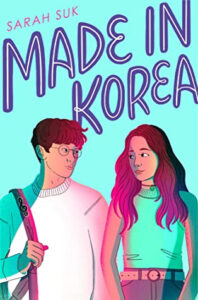 There’s nothing Valerie Kwon loves more than making a good sale. Together with her cousin Charlie, they run V&C K-BEAUTY, their school’s most successful student-run enterprise. With each sale, Valerie gets closer to taking her beloved and adventurous halmeoni to her dream city, Paris.

Enter the new kid in class, Wes Jung, who is determined to pursue music after graduation despite his parents’ major disapproval. When his classmates clamor to buy the K-pop branded beauty products his mom gave him to “make new friends,” he sees an opportunity—one that may be the key to help him pay for the music school tuition he knows his parents won’t cover…

What he doesn’t realize, though, is that he is now V&C K-BEAUTY’s biggest competitor.

Stakes are high as Valerie and Wes try to outsell each other, make the most money, and take the throne for the best business in school—all while trying to resist the undeniable spark that’s crackling between them. From hiring spies to all-or-nothing bets, the competition is much more than either of them bargained for.

But one thing is clear: only one Korean business can come out on top. 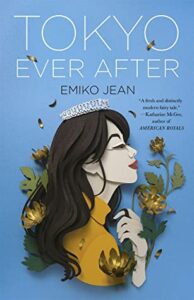 Tokyo Ever After by Emiko Jean
Flatiron Books

Izumi Tanaka has never really felt like she fit in—it isn’t easy being Japanese American in her small, mostly white, northern California town. Raised by a single mother, it’s always been Izumi—or Izzy, because “It’s easier this way”—and her mom against the world. But then Izzy discovers a clue to her previously unknown father’s identity…and he’s none other than the Crown Prince of Japan. Which means outspoken, irreverent Izzy is literally a princess.

In a whirlwind, Izzy travels to Japan to meet the father she never knew and discover the country she always dreamed of. But being a princess isn’t all ball gowns and tiaras. There are conniving cousins, a hungry press, a scowling but handsome bodyguard who just might be her soulmate, and thousands of years of tradition and customs to learn practically overnight.

Izzy soon finds herself caught between worlds, and between versions of herself—back home, she was never “American” enough, and in Japan, she must prove she’s “Japanese” enough. Will Izumi crumble under the weight of the crown, or will she live out her fairytale, happily ever after? 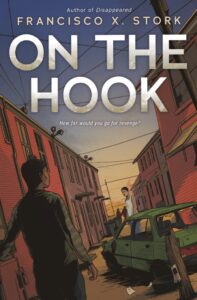 The violent confrontation will take Hector places he never expected, including a reform school where he has to live side-by-side with his enemy, Joey. It’s up to Hector to choose whether he’s going to lose himself to revenge or get back to the hard work of living. 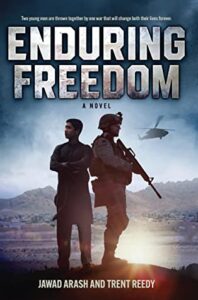 When Joe’s unit arrives in Baheer’s town, Baheer is wary of the Americans, but sees an opportunity: Not only can he practice his English with the soldiers, his family can make money delivering their supplies. At first, Joe doesn’t trust Baheer, or any of the locals, but Baheer keeps showing up. As Joe and Baheer get to know each other, to see each other as individuals, they realize they have a lot more in common than they ever could have realized. But can they get past the deep differences in their lives and beliefs to become true friends and allies? 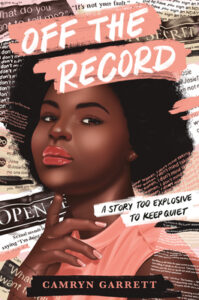 Off the Record by Camryn Garrett
Knopf Books for Young Readers