How is your summer reading going? It’s already mid-July and I’m already behind! Not sure when I’ll catch up, as here are 5 more books to add to everyone’s TBR list. 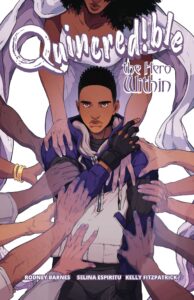 Rodney Barnes and Selina Espiritu return for another Quincredible adventure, this time diving into the world of Voodoo. Quinton West is back as the would-be hero of his city New Orleans, battling against a new enemy who wishes to claim the historical land for himself.

When meteors fell to Earth Quinton West was gifted with the power of invulnerability. Seeing others take up hero identities, Quinton decided to help his city of New Orleans in his own way. Using his smarts, creativity and a bit of training from his mentor Glow, Quinton is on his way to becoming Quincredible, hero of New Orleans! 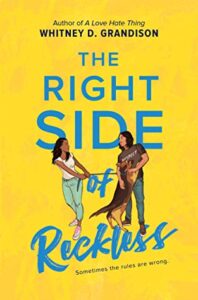 The Right Side of Reckless by Whitney D. Grandison
Inkyard Press

Guillermo Lozano is getting a fresh start. New town, new school, and no more reckless behavior. He’s done his time, and now he needs to right his wrongs. But when his work at the local community center throws him into the path of the one girl who is off-limits, friendship sparks…and maybe more.

Regan London needs a fresh perspective. The pressure to stay in her “perfect” relationship and be the good girl all the time has worn her down. But when the walls start to cave in and she finds unexpected understanding from the boy her parents warned about, she can’t ignore her feelings anymore.

The disapproval is instant. Being together might just get Guillermo sent away. But when it comes to the heart, sometimes you have to break the rules and be a little bit reckless. 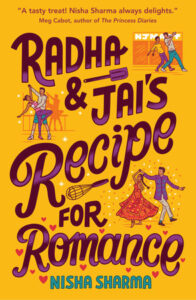 Radha is on the verge of becoming one of the greatest Kathak dancers in the world . . . until a family betrayal costs her the biggest competition of her life. Now, she has left her Chicago home behind to follow her stage mom to New Jersey. At the Princeton Academy of the Arts, Radha is determined to leave performing in her past, and reinvent herself from scratch.

Jai is captain of the Bollywood Beats dance team, ranked first in his class, and an overachiever with no college plans. Tight family funds means medical school is a pipe dream, which is why he wants to make the most out of high school. When Radha enters his life, he realizes she’s the exact ingredient he needs for a show-stopping senior year.

With careful choreography, both Radha and Jai will need to face their fears (and their families) if they want a taste of a happily ever after 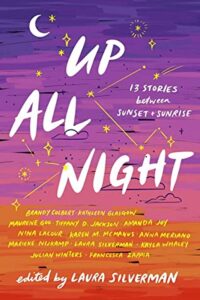 Up All Night: 13 Stories between Sunset and Sunrise edited by Laura Silverman
Algonquin Young Readers

When everyone else goes to bed, the ones who stay up feel like they’re the only people in the world. As the hours tick by deeper into the night, the familiar drops away and the unfamiliar beckons. Adults are asleep, and a hush falls over the hum of daily life. Anything is possible.

Stay up all night with these thirteen short stories from bestselling and award-winning YA authors like Karen McManus, Tiffany D. Jackson, Nina LaCour, and Brandy Colbert, as they take readers deep into these rarely seen, magical hours. 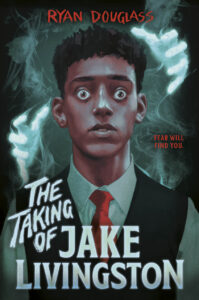 Jake Livingston is one of the only Black kids at St. Clair Prep, one of the others being his infinitely more popular older brother. It’s hard enough fitting in but to make matters worse and definitely more complicated, Jake can see the dead. In fact he sees the dead around him all the time. Most are harmless. Stuck in their death loops as they relive their deaths over and over again, they don’t interact often with people. But then Jake meets Sawyer. A troubled teen who shot and killed six kids at a local high school last year before taking his own life. Now a powerful, vengeful ghost, he has plans for his afterlife–plans that include Jake. Suddenly, everything Jake knows about ghosts and the rules to life itself go out the window as Sawyer begins haunting him and bodies turn up in his neighborhood. High school soon becomes a survival game–one Jake is not sure he’s going to win.