It’s no secret that I’m a Sci-Fi/Fantasy fan, but did you know I’m also a Star Wars fan? One of the first movies I saw in the theater as a child was The Empire Strikes Back and I’ve been in love ever since. I didn’t read any of the books until Claudia Gray’s Lost Stars (which is awesome and a must read) and I’m absolutely living for all the new Star Wars books that feature diverse characters (who are NOT aliens) and are written by authors of color. Check out some of the newest Star Wars books for middle grade and YA below and become one with the Force. 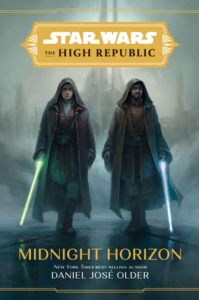 Centuries before the events of Star Wars: The Phantom Menace, in the era of the glorious High Republic, the Jedi are the guardians of peace and justice in the galaxy! The brave and wise Jedi Knights and their Padawans will be put to the ultimate test when they confront the anarchistic marauders known as the Nihil. But all is not as it seems… The New York Times best-selling series continues…. For light and life! 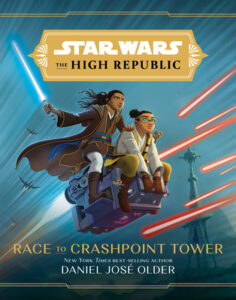 The Republic Fair is coming! Visitors from all over the galaxy are traveling to the planet Valo for a massive, awe-inspiring festival celebrating the Republic. While his fellow Valons prepare for the fair, Jedi Padawan Ram Jomaram is hiding out in his favorite place: a dingy garage filled with mechanical parts and tools. But when a security alarm goes off on the nearby hilltop nicknamed Crashpoint Peak, he ventures out with his trusty droid V-18 to investigate. There he discovers that someone has knocked out Valo’s communications tower—a frightening sign that Valo, and the Republic Fair, are in danger. Sure enough, as Ram races to warn the Jedi, the dreaded Nihil unleash a surprise attack! It’s up to Ram to face down the enemy at Crashpoint Tower and send a call for help to the Republic. Luckily, he’s about to get some assistance from unexpected new friends… 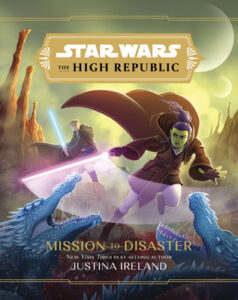 Centuries before the events of Star Wars: The Phantom Menace, in the era of the glorious High Republic, the Jedi are the guardians of peace and justice in the galaxy! Jedi Knight prodigy Vernestra Rwoh and her Padawan Imri Cantaros find themselves–and their friends–in over their heads when they come face to face with the nefarious Nihil! The New York Times best-selling series continues…. For light and life! 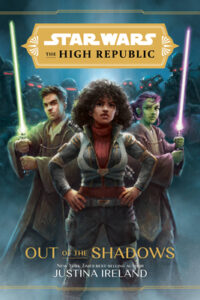 Star Wars High Republic: Out of the Shadows by Justina Ireland

Long before the Clone Wars, the Empire, or the First Order, the Jedi lit the way for the galaxy in a golden age known as the High Republic!

Sylvestri Yarrow is on a streak of bad luck with no end of sight. She’s been doing her best to keep the family cargo business going after her mom’s death, but between mounting debt and increasing attacks by the Nihil on unsuspecting ships, Syl is in danger of losing all she has left of her mother. She heads to the galactic capital of Coruscant for help, but gets sidetracked when she’s drawn into a squabble between two powerful families over a patch of space on the frontier. Knee-deep in familial politics is the last place Syl wants to be, but the promise of a big payoff is enough to keep her interested… Meanwhile, Jedi Knight Vernestra Rwoh has been summoned to Coruscant, but with no idea of why or by whom. She and her Padawan Imri hitch a ride to the capital with Jedi Master Cohmac and his Padawan, Reath—and are asked to assist with the property dispute on the frontier. But why? What is so important about an empty patch of space? The answer will lead Vernestra to a new understanding of her abilities, and will take Syl back to the past…and to truths that will finally come out of the shadows. 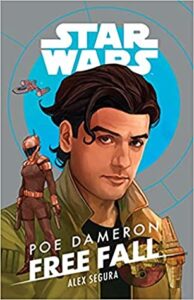 It’s been a few years since Poe’s mother passed away, and Poe and his father, who was a pilot for the Rebellion, have had more and more trouble connecting. Not sure what he wants to do with his life, teenage Poe runs away from home to find adventure, and to figure out what kind of man he is meant to be. 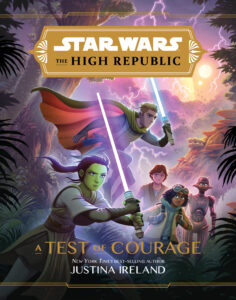 When a transport ship is abruptly kicked out of hyperspace as part of a galaxy-wide disaster, newly-minted teen Jedi Vernestra Rwoh, a young Padawan, an audacious tech-kid, and the son of an ambassador are stranded on a jungle moon where they must work together to survive both the dangerous terrain and a hidden danger lurking in the shadows…. 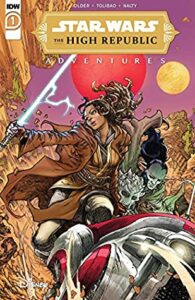 An all-new ongoing series! In the glory days of the Republic, two hundred years before the adventures of Luke, Leia, Han, and Chewbacca, the Jedi stand as guardians of galactic peace—until a powerful new adversary called the Nihil arrives. Now a group of young Padawans, training under Master Yoda, must protect the Republic while learning the lessons that will one day lead them to become powerful Jedi in their own right. Writer Daniel José Older, bestselling author of Star Wars: Last Shot, and artist Harvey Tolibao bring IDW into The High Republic, a massive publishing crossover spanning comics and prose!