We’ll be watching for these new books this week. What is catching your attention?

How to Live Without You by Sarah Everett
Clarion Books

In this heart-wrenching, coming-of-age story about family, grief, and second chances, seventeen-year-old Emmy returns home for the summer to uncover the truth behind her sister Rose’s disappearance—only to learn that Rose had many secrets, ones that have Emmy questioning herself and the sister Emmy thought she knew. — Cover image and summary via Goodreads

In the world of Hunt A Killer, players help PI Michelle Gray solve murders through a variety of games using clues from autopsy reports to police records, and more.

Now, Hunt A Killer is making the leap to the page in this YA mystery series! Follow an original character as she investigates a brand-new case. Can she solve the crime before the killer strikes again? — Cover image and summary via Goodreads

Once Upon a K-Prom by Kat Cho
Disney

Elena Soo has always felt overshadowed. Whether by her more successful older sisters, her more popular twin brother, or her more outgoing best friend, everyone except Elena seems to know exactly who they are and what they want. But she is certain about one thing – she has no interest in going to prom. While the rest of the school is giddy over corsages and dresses, Elena would rather spend her time working to save the local community center, the one place that’s always made her feel like she belonged.

So when international K-pop superstar Robbie Choi shows up at her house to ask her to prom, Elena is more confused than ever. Because the one person who always accepted Elena as she is? Her childhood best friend, Robbie Choi. And the one thing she maybe, possibly, secretly wants more than anything? For the two of them to keep the promise they made each other as kids: to go to prom together. But that was seven years ago, and with this new K-pop persona, pink hair, and stylish clothes, Robbie is nothing like the sweet, goofy boy she remembers. The boy she shared all her secrets with. The boy she used to love.

Besides, prom with a guy who comes with hordes of screaming fans, online haters, and relentless paparazzi is the last thing Elena wants – even if she can’t stop thinking about Robbie’s smile…right? — Cover image and summary via Goodreads 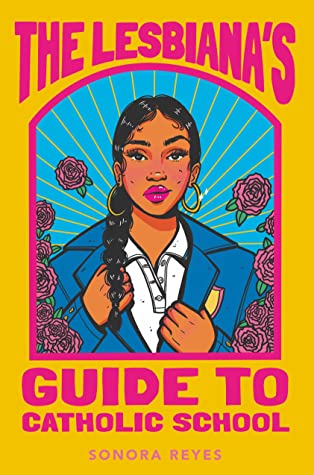