Three books on our radar this week, including the sequel to our much loved discussion book “A Magic Steeped in Poison”, so you can guess we’re looking forward to this book. Which book appeals to your TBR pile? 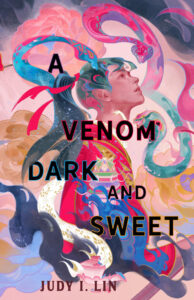 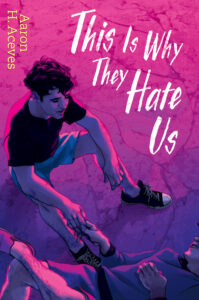 This Is Why They Hate Us by Aaron H. Aceves
Siimon & Schuster Books for Young Readers

Enrique “Quique” Luna has one goal this summer—get over his crush on Saleem Kanazi by pursuing his other romantic prospects. Never mind that he’s only out to his best friend, Fabiola. Never mind that he has absolutely zero game. And definitely forget the fact that good and kind and, not to mention, beautiful Saleem is leaving L.A. for the summer to meet a girl his parents are trying to set him up with.

Luckily, Quique’s prospects are each intriguing in their own ways. There’s stoner-jock Tyler Montana, who might be just as interested in Fabiola as he is in Quique; straight-laced senior class president, Ziggy Jackson; and Manny Zuniga, who keeps looking at Quique like he’s carne asada fresh off the grill. With all these choices, Quique is sure to forget about Saleem in no time.

But as the summer heats up and his deep-seated fears and anxieties boil over, Quique soon realizes that getting over one guy by getting under a bunch of others may not have been the best laid plan and living his truth can come at a high cost. 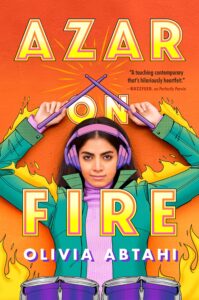 Fourteen-year-old Azar Rossi’s first year of high school has mostly been silent, and intentionally so. After a bad case of colic as a baby, Azar’s vocal folds are shredded—full of nodules that give her a rasp the envy of a chain-smoking bullfrog. Her classmates might just think she’s quiet, but Azar is saving her voice for when it really counts and talking to her classmates is not medically advisable or even high on her list.

When she hears about a local Battle of the Bands contest, it’s something she can’t resist. Azar loves music, loves songwriting, but with her vocal folds the way they are, there’s no way she can sing her songs on stage.

Then she hears lacrosse hottie, Ebenezer Lloyd Hollins the Fifth, aka Eben, singing from the locker room. She’s transfixed. He’s just the person she needs. His voice + her lyrics = Battle of the Bands magic. But getting a band together means Azar has a lot of talking to do and new friends to make. For the chance to stand on stage with Eben it might all just be worth it.