Belated happy book birthday to twins! Beauty and Thorn Abbey, both by Nancy Ohlin, were released on May 7th. I’m especially looking forward to reading Beauty since I love anything that reminds me of fairy tales. 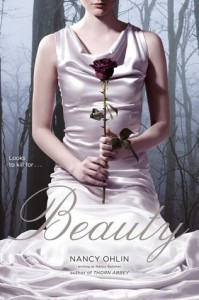 Ana is nothing like her glamorous mother, Queen Veda, whose hair is black as ravens and whose lips are red as roses. Alas, Queen Veda loathes anyone whose beauty dares to rival her own—including her daughter. And despite Ana’s attempts to be plain to earn her mother’s affection, she’s sent away to the kingdom’s exclusive boarding school. At the Academy, Ana is devastated when her only friend abandons her for the popular girls. Isolated and alone, Ana resolves to look like a true princess to earn the acceptance she desires. But when she uncovers the dangerous secret that makes all of the girls at the Academy so gorgeous, just how far will Ana go to fit in? [image and summary via Goodreads] 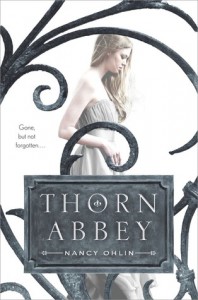 Becca was the perfect girlfriend: smart, gorgeous, and loved by everyone at New England’s premier boarding school, Thorn Abbey. But Becca’s dead. And her boyfriend, Max, can’t get over his loss. Then Tess transfers to Thorn Abbey. She’s shy, insecure, and ordinary—everything that Becca wasn’t. And despite her roommate’s warnings, she falls for brooding Max. Now Max finally has a reason to move on. Except it won’t be easy. Because Becca may be gone, but she’s not quite ready to let him go… [image and summary via Goodreads]

Annnd happy graphic novel birthday to Nothing Can Possibly Go Wrong! This comic has a special place in my heart — I’ve been following the webcomic online, start to finish, and now I don’t know what to do with my life now that the story is over. 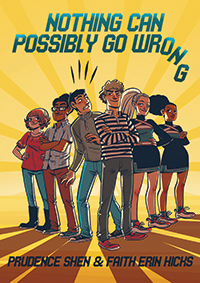 Nothing Can Possibly Go Wrong

You wouldn’t expect Nate and Charlie to be friends. Charlie’s the laid-back captain of the basketball team, and Nate is the neurotic, scheming president of the robotics club. But they are friends, however unlikely — until Nate declares war on the cheerleaders, and the cheerleaders retaliate by making Charlie their figure-head in the ugliest class election campaign the school as ever seen. At stake? Student group funding that will either cover a robotics competition or new cheerleading uniforms — but not both. Bad sportsmanship? Sure. Chainsaws? Why not! Nothing can possibly go wrong.

[image and summary via Nothing Can Possibly Go Wrong]