Full Disclosure: To avoid spoiling the Daughter of Smoke and Bone series, this blog post will be vague in parts. Sorry. Go read the series!

I’m going to admit something a bit embarrassing, but all to real for readers of color. When I first read Daughter of Smoke and Bone, I made the mistake of not clearly reading the physical descriptions of the character Akiva. I was enjoying the story, inhaling the gripping twists and turns that I did what many readers do – defaulted in my mental picture of Akiva (i.e. White guy). It wasn’t until I was reading the last book of the trilogy, Dreams of Gods & Monsters, that I realized my error. There was a description of him that brought me up short. I stopped, read the line again, and my mental picture changed. I grabbed the first book in the series and scanned looking for physical descriptions and bam, found my error. I had read the words, but did not truly take in what skin tone the descriptions meant.

Now I picture this…. 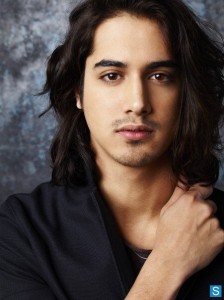 While I can’t fault the author for my misinterpreting, I think if she had included a few more physical descriptions, I think I would have caught my mistake earlier. She clearly described the main female character, Karou, many times so the reader could create a full mental picture, but with Akiva, the descriptions are few and somewhat vague. It is really easy to see how in this instance, a reader could default. There have been many discussions about how much description a writer should use when writing a character of color; the debate being giving too much description or is it “othering” to only describe characters of color. I am in the camp of that a writer should be specific in their descriptions and to repeat a few times throughout the novel. Let us be aware of what the characters look like, otherwise we will default to the Eurocentric standards of beauty.

In Dreams of Gods & Monsters, Laini Taylor changed up her tactic and spent more time giving character descriptions, repeating them sometimes in beautiful ways to make sure the reader know that the characters that inhabit the world of her story are very diverse. The novel takes place in different places in our world and on an entirely different world, but all the people in both worlds are made of a variety of colors. By making sure both her worlds were reflective of the racial diversity of our world, the book felt more grounded in reality (as much as she can make it). This attention to detail in her character descriptions made the book extremely enjoyable to me. I liked knowing that in a major event in our world, all the people would be represented, and that even in a different world, the different colors are all represented as well.

Another aspect of the novel, a “Diversity Surprise” moment, was that Taylor also made one of the major characters a Black woman. I actually sat up and read the description twice because I was so happy to see this character included. I loved that a Black character was included in the ensemble and that the focus was not on her being Black, but other things which I can’t say because…. 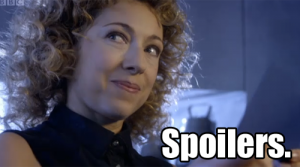 But I will say that Taylor wrote her character to perfection as she was a real character where we learned more about her fears, her hopes, her dreams, instead of focusing just on her race. When authors ask “how do I write a character of color,” the aspects of the character’s personality is what they should focus on, not just a character’s race. A writer still should address it someone, after all, race does color how one views the world, but do so sparingly as dealing with racial issues is not something a POC worries about 24/7. For example, Taylor has Eliza describing her interactions with a hostile co-worker, she writes, “Eliza was used to being underestimated, because she was black, and because she was a woman, but no one had ever been quite so vile about it as Morgan”. Talk about your intersectionality laid out in one sentence! Taylor has lines like this peppered throughout out Eliza’s narrative, but it is not the focus of her story, it is just Eliza’s observations that she has from time to time. Those little moments, those small comments, will show that a writer has done his/her homework when creating a character of color and will make the character read like a real person instead of a stereotype.

I’m sad that Taylor’s Daughter of Smoke and Bone series has come to an end because I really did love its epic story. I highly recommend this fantasy series to anyone who also loves plot twists that keep you reading well past your bed time, and characters that make morally gray decisions in order to survive. The story is gritty in it’s realness in regards to war and doesn’t hold back with the darkness just because it’s considered a YA novel. I fully respect authors who don’t insult the intelligence of the teen reader and my respect for Laini Taylor has grown three-fold with her creation of a truly diverse world.

Seriously, go buy this series.  You will not be disappointed. 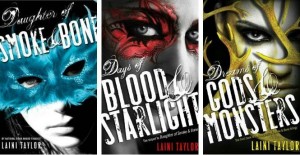