What a way to start off 2015! Four books to get us reading diversely right away. 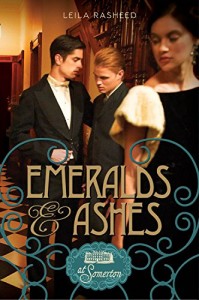 In the third and final book in our romantic historical YA series, heroes emerge and tragedies unfold as the servant and gentry at Somerton Court face World War I.

The murmurs of war have turned into a bloody conflict that will touch the lives of every member of the Somerton household.

Despite the pleas of his family, Lord Averley steps forward as soon as the call is made for men to fight the Western front. Mere weeks later, the news arrives: Lord Averley has been killed in the Battle of Marne. Without an obvious heir, Somerton falls into chaos. Half of the staff has already left for the war or industrial work.

Sebastian Templeton can no longer show his face in public. Ever since the publication of a now infamous photo of him and his former valet embracing, an unspeakable word has followed Sebastian everywhere–a word with the power to destroy a man’s reputation forever. Knowing charges and a trial will soon follow, Sebastian does the only thing he can think of to escape: he volunteers for a war he feels is senseless and despicable, leaving beyind the boy he loves, but knows can never have.

Meanwhile, after a whirlwind romance with the Duke of Huntly, Rose Averley finds herself trapped in Egypt when war breaks out during their honeymoon. Alexander vows to return Rose to home and safety, but with no end in sight, Rose knows she cannot sit idle as those around her suffer.

In the final installment of the At Somerton series, the war to end all wars will take an unbearable toll on the household and leave each member forever changed.[Image and summary via Goodreads] 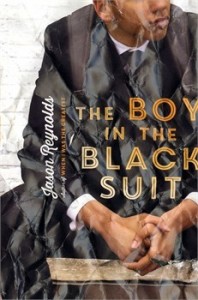 Matt wears a black suit every day. No, not because his mom died—although she did, and it sucks. But he wears the suit for his gig at the local funeral home, which pays way better than the Cluck Bucket, and he needs the income since his dad can’t handle the bills (or anything, really) on his own. So while Dad’s snagging bottles of whiskey, Matt’s snagging fifteen bucks an hour. Not bad. But everything else? Not good. Then Matt meets Lovey. She’s got a crazy name, and she’s been through more crazy than he can imagine. Yet Lovey never cries. She’s tough. Really tough. Tough in the way Matt wishes he could be. Which is maybe why he’s drawn to her, and definitely why he can’t seem to shake her. Because there’s nothing more hopeful than finding a person who understands your loneliness—and who can maybe even help take it away. – Cover image and summary via Goodreads

(This one is sitting on my desk as I write this. Review coming soon!) 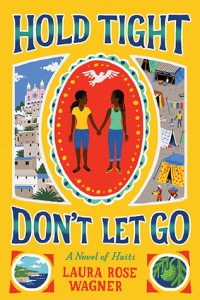 Hold Tight, Don’t Let Go follows the vivid story of two teenage cousins, raised as sisters, who survive the devastating 2010 earthquake in Haiti. After losing the woman who raised them in the tragedy, Magdalie and Nadine must fend for themselves in the aftermath of the quake. The girls are inseparable, making the best of their new circumstances in a refugee camp with an affectionate, lively camaraderie, until Nadine, whose father lives in Miami, sends for her but not Magdalie. As she leaves, Nadine makes a promise she cannot keep: to bring Magdalie to Miami, too. Resourceful Magdalie focuses her efforts on a reunion with Nadine until she realizes her life is in Haiti, and that she must embrace its possibilities for love, friendship, and a future. – Cover image and summary via Goodreads 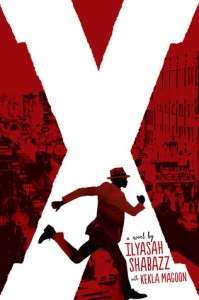 X follows Malcolm from his childhood to his imprisonment for theft at age twenty, when he found the faith that would lead him to forge a new path and command a voice that still resonates today. – Cover image and summary via Goodreads